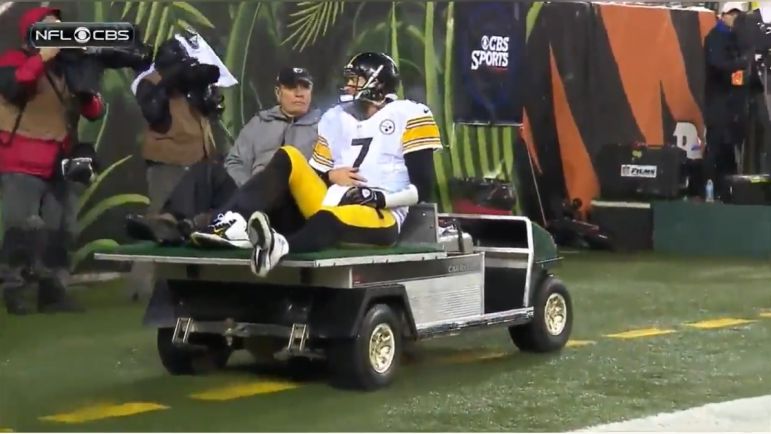 The Pittsburgh Steelers versus the Baltimore Ravens sets the gold standard for what a football rivalry looks like. A lot of hate, a lot of trash-talking, but mutual respect on each side. When it came to Steelers versus Bengals, it was just pure hate. On the second episode of his new podcast, Footbahlin, Ben Roethlisberger outlined his meetings against Cincinnati and the different level their rivalry was at.

“When you played Baltimore, you knew it was gonna be a physical football game,” he said. “But it was gonna be physical in the sense that two teams were just going out and they were gonna pound and grind. Clean, just physical. When you played Cincinnati, there was a stretch of games there, years there when you played them, you almost didn’t wanna play. I’ll be honest, there were times I was almost fearful to play because I was afraid I was gonna get hurt because of something dirty. Something cheap.”

The list of questionable plays in those meetings are nearly too many to list. The helmet-to-helmet hits on Antonio Brown that led to concussions. JuJu Smith-Schuster’s crackback on Vontaze Burfict. Burfict himself, the league’s dirtiest player of his era, who annually racked up fines and suspensions. Steelers/Bengals didn’t have the same feel as Steelers/Ravens. There was no great rivalry of Roethlisberger vs.Suggs or Reed vs. Ward. It was just an ugly series.

Roethlisberger was asked about the 2015 Wild Card game, one in which he suffered an arm injury and was carted off, hit by debris from fans as he excited. But he returned to lead a game-winning drive, an improbable comeback that was as wild as any Steelers’ playoff game in recent memory. With the Steelers leading 15-0, he said his initial intention was to sit.

“I remember going the locker room and just being like, I can barely raise my arm…it was basically ‘okay, what are we, we gonna do?’ We’ve got a lead. So if I don’t have to play, you don’t have to.”

Roethlisberger said he struggled to throw passes to trainer John Norwig in the locker room, making a return unlikely. But the Steelers gave away a 15-0 lead and Cincinnati went ahead 16-15 with less than two minutes to go. Still, backup Landry Jones stayed in the game but threw an interception on the first play of the ensuing drive, a Bengals’ victory seemingly inevitable. But Ryan Shazier made the play of the day, of the season, forcing a fumble on RB Jeremy Hill which the Steelers recovered. And out came Roethlisberger. It wasn’t the prettiest drive but Roethlisberger moved the offense downfield.

“Trying to get down the field without being able to throw was like, ‘okay, we got the screen passes, we got a little short ones.’ We did complete a couple passes but I couldn’t throw down the field.”

Roethlisberger hit short gains to WR Martavis Bryant and RB Fitzgerald Toussaint. The biggest gain came on the nastiest play, Antonio Brown smacked by Burfict over the middle of the field with 20 seconds to go. It drew a personal foul penalty followed by another penalty on CB Adam Jones, who shoved Steelers’ coach Joey Porter in a mini-scrum that occurred as Brown was being attended to. A 30-yard gain in penalties that set up Chris Boswell’s game-winning field goal, his sixth of the day.

“It was the most bizarre and strangest series of events,” Roethlisberger concluded. “I don’t even know how to explain it.”

The Steelers/Bengals rivalry has taken on a different tone in recent years. It’s not quite as nasty as it once was with players like Burfict out of the league. The rivalry has improved and gotten to the point where the Steelers are now underdogs in tomorrow’s Week 1 opener. It’s not quite Steelers/Ravens, not yet anyway, but that fear and concern Roethlisberger had no longer exists.