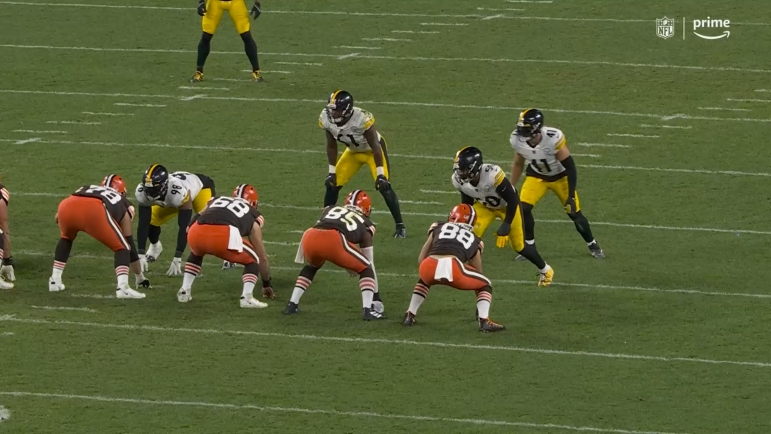 While it seems to have become increasingly difficult to find ‘bright spots’ within the Pittsburgh Steelers’ defense since T.J. Watt went down with an injury, one of pleasant finds—even if not surprises—has been the seamless integration of inside linebacker Myles Jack into the system.

Signed to a two-year, $16 million contract in March after the Jacksonville Jaguars cut him loose, the veteran has been plug and play as the communicator and the tackling machine on the defense, leading the team with 35 tackles through three games, including two for loss.

It’s been a long process for the Steelers to get comfortable here since Ryan Shazier suffered a career-ending injury in 2017. There was Jon Bostic, and then Mark Barron and Devin Bush. Bush, granted, is still here, but now he is second fiddle to Jack until he proves otherwise.

Said Jack about his play thus far, “I just try to be the best linebacker I can for the Pittsburgh Steelers. Tackles and stats and numbers, I am not a stat chaser”, he told Chris Adamski of the Pittsburgh Tribune-Review, following Thursday’s game.

That game, of course, was a loss, his team-leading 12 tackles being little consolation for the veteran. “I am more just out there trying to contribute and get a win”, he added, according to Adamski. “So any time we don’t get a win, it wasn’t a good day. For me personally, that’s how I look at it”.

Jack has not been perfect since coming here, but he has been the closest thing to a stable presence at inside linebacker the team has had in half a decade since they had a Pro Bowl budding star roving the field in Shazier.

Unfortunately, he can’t do it all alone, and right now, the defense as a whole is not holding up its end of the bargain—not that the offense is, either, which is precisely why they find themselves sitting at 1-2 right now, lucky not to be 0-3.

There is time yet for this unit to gel, and Watt coming back hopefully in a few weeks will be a game-changing boost that will help force the issue and create more pressure, and chaos generally, for opposing offenses.

But at least up to this point, Jack is looking to be more than worth the investment. He seems to fit the team well both on and off the field, schematically and culturally, perhaps indicating that this could be more of a long-term relationship rather than another stop-gap measure, as Joe Schobert proved to be last year.