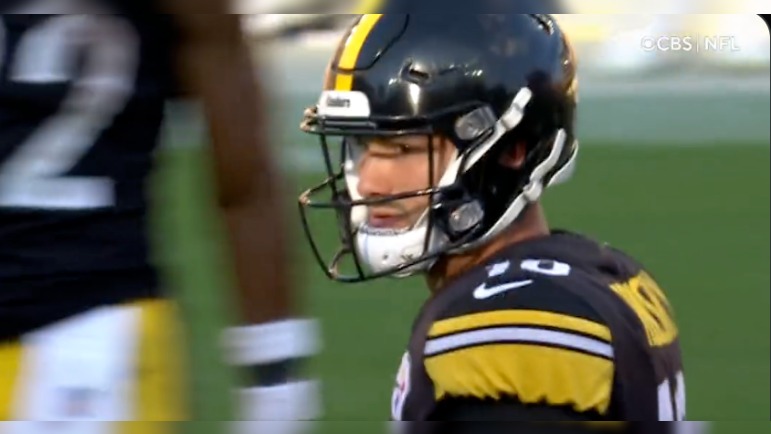 Just a few days into his tenure as the official starting quarterback of the Pittsburgh Steelers for the 2022 season opener, the noise about how long — or if — veteran quarterback Mitch Trubisky can hold onto the starting job is starting to reach a high note.

Throughout much of training camp and the preseason, the call was made from the fan base, and the local and national media for rookie quarterback Kenny Pickett to be the guy going forward under center for the black and gold in the 90th season of existence — and beyond. Head coach Mike Tomlin and offensive coordinator Matt Canada never blinked though, sticking with Trubisky from start to finish in the offseason, eventually crowning him starting quarterback last week.

The NFL stands for “Not For Long” though, and that could be the case for Trubisky, who has Pickett nipping at his heels awaiting a chance to get onto the field and seize upon the starting job. Trubisky isn’t worried about that, at least publicly, telling reporters Wednesday from the UPMC Rooney Sports Complex on the South Side that he’s simply focused on controlling what he can control and playing winning football for the black and gold.

“Just play well, be consistent, worry about what I can control, and just worrying about what’s best for the Pittsburgh Steelers and winning football games,” Trubisky said to reporters, according to video via Steelers.com, when asked what he needs to do to hold onto the job. “…[I’m] not worried about that [outside noise]. Just go about my business and take care of what I can control on a day to day basis.”

Feels like a tough question overall, but that’s one Trubisky should get used to hearing with Pickett — the hometown favorite — behind him. Not only the questions be tough, but so too will the critics, who will be calling for Pickett at any sign of a slip-up from Trubisky.

That might sound unfair overall, but such is the life of a journeyman quarterback who has the job of the hotshot first-round draft pick, who also happens to be that hometown hero.

Trubisky finds himself in a tough situation overall, at least off the field. He’s respected in the locker room, has the trust and belief of his teammates and coaches and just needs to go out there and play football like he’s shown throughout training camp and the preseason. Doing so, playing smart, winning football and staying healthy will keep him in the driver’s seat under center.