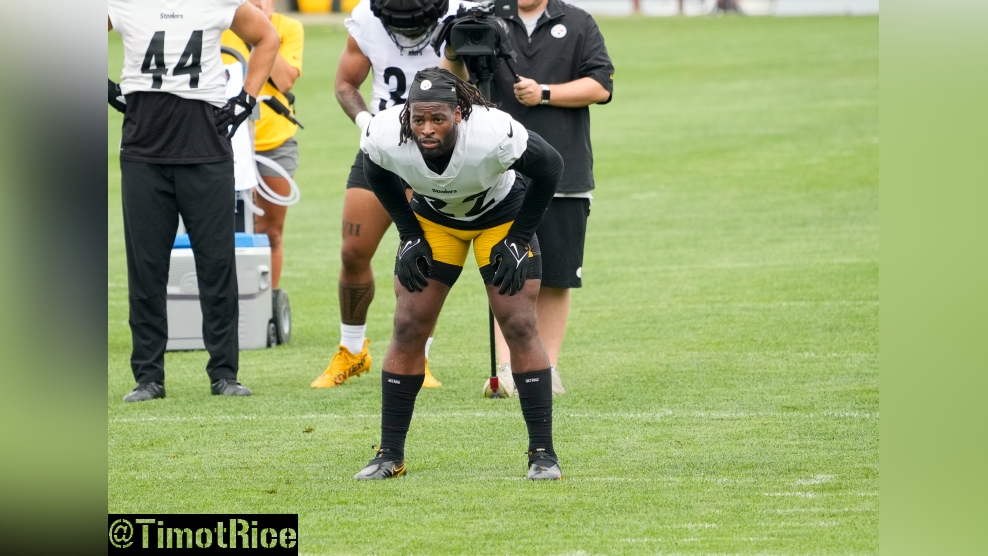 The Pittsburgh Steelers named five captains earlier today, and along with defensive end Cameron Heyward, outside linebacker T.J. Watt and safety Miles Killebrew, both quarterback Mitch Trubisky and running back Najee Harris were named captains. While Harris is only in his second season in the NFL, Trubisky believes he’s a worthy captain.

“He’s mature for his age, he just comes in here, he knows how to work, he knows the offense and he knows how to win. So if you just come in, you be consistent, you do the right things day in and day out and people look up to you, and you’re also motivating other guys and pushing guys to go in the right direction as well, that’s how you lead a group and that’s how you become a leader of teams,” Trubisky said via the team’s official Twitter account.

QB Mitch Trubisky spoke to the media after practice about being named a team captain + more. pic.twitter.com/QqhOTmnBoI

The quarterback also praised Harris’ worth ethic. “His work ethic, consistency every day, how bad he wants it. All those things go into why 22 is our captain as well,” Trubisky said. “He’s a heck of a leader, somebody I looked to since I came here, I mean, first day I signed with the team he flew in and came to meet me.”

Pittsburgh’s offense went through a lot of change this offseason, but Harris was a holdover from last year’s squad and a guy who clearly made it a priority to show his leadership traits. Trubisky talked about how Harris coming to meet him are the little things that leaders do that you don’t always see on a daily basis, and that gesture from Harris clearly stood out to Trubisky.

Not only does that benefit their relationship off the field, but it better impacts the team on the field. If Harris and Trubisky are on the same page and aligned with how they think they should lead the team and how the team should operate, then the results on the field will be a lot better than if the two players disagreed on the philosophy.

It’s a good sign for Pittsburgh that Harris has taken the sort of leadership role he has entering his second season. While there are older guys on the offense who have been there longer like wide receivers Diontae Johnson and Chase Claypool and offensive lineman Chukwuma Okorafor, Harris is probably Pittsburgh’s most important and valuable offensive player, besides its quarterback. For him to take it upon himself to go out and meet Trubisky and become a leader on offense shows how much he cares about winning and leading the Steelers back to the Super Bowl contender that they should be.

Trubisky hasn’t even taken a regular season snap for the Steelers, but for him to recongize Harris’ leadership and the obvious fact that Harris was named a captain means it’s recognized across the board in the Pittsburgh locker room. Let’s hope the investment that Harris puts into the team off the field is rewarded on the field with another big season on the field as the Steelers look to make a playoff push in 2022.