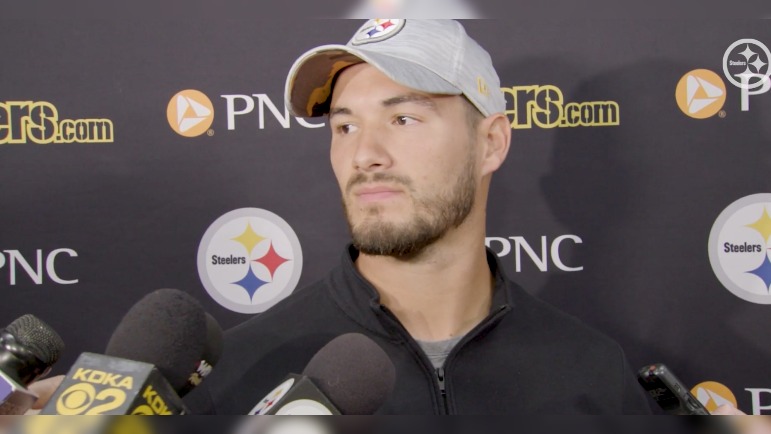 To say that the Pittsburgh Steelers’ offense lacked polish in the team’s Week 1 victory over the Cincinnati Bengals would be an understatement. Outside of the tight end position, perhaps, no one group made any kind of statement that they would want to repeat too often.

The offensive line is going to be a big part of the conversation, and the run game as a whole as well, but there lacks a certain rhythm in the passing game right now, which quarterback Mitch Trubisky addressed Wednesday and which he hopes will improve over time.

“I think it might be just first-game stuff”, he told reporters via the team’s website. So how do you address it? “Continue to build chemistry with the wide outs and receivers, just get on the same page”, he said, acknowledging that it’s a different ball game when you’re playing with a scoreboard that actually matters.

Trubisky only completed 21 out of 38 pass attempts in his first game with the Steelers, and averaged just 5.1 yards per attempt as a result. That includes going 9-for-14, with a spike, during the overtime period, so he was only 12-for-24 during regulation play, or just 50 percent.

It’s not as though he was routinely throwing balls to guys who were not expecting it or who were in the wrong place. It’s more about learning the feel of the rhythm in the relationship with each pass catcher, how they run their routes, what their tendencies are, where they like the ball, what their effective catch radius is.

It’s reasonable for that to take time. That is in no way a blanket excuse for the totality of his performance, which still left a lot on the table. As was the case in the preseason, though, I still find myself more keenly aware of some of the throws he’s not attempting rather than the ones he’s simply not connecting on.

Head coach Mike Tomlin, I believe, is going to do everything he can to make it feel like Kenny Pickett isn’t breathing down Trubisky’s neck, and if the team can keep winning, whether or not the offense is a huge component of that, he’ll have an easier task in that regard. But the reality, and everybody knows it, is that this group still has to get a lot better. The only thing to do about it right now is to go to work.