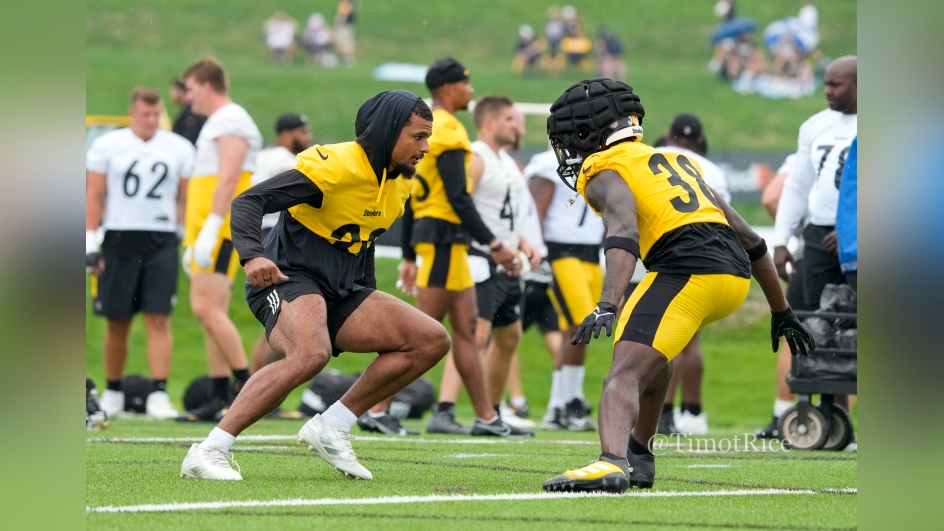 What goes into being among the best in the world at what you do when what it is that you do is highly coveted and also highly specialized? Especially when it comes to professional sports, we tend to hear stories of insane drive and an absolute, complete resistance to failure—even if it means seeking out situations in which you are positioned to fail, so that you can do better next time.

That’s what Pittsburgh Steelers safety Minkah Fitzpatrick was doing in training camp this year when he took it upon himself to essentially play cornerback, covering the Steelers’ top receivers in one-on-one matchups, even though that is very rarely ever a part of his job.

“I was doing a lot of one-on-ones with the top receivers”, he told Teresa Varley recently for the team’s website in an excellent long-form article. “I lost my first two reps and I wanted to keep going because even if I lose a rep, I can learn from that rep”.

He went on to say that while he would get mad about losing the reps, he knew that he was putting himself on tape to study. “I get to watch myself go against these top receivers and break it down and say I can be more patient, I can be more physical”, he said. “It’s better to get those extra reps than it is to hide in the back and not step outside that comfort zone”.

It’s not unheard of, of course, for a safety to play cornerback. After all, the Steelers have Carnell Lake in their history, who famously played cornerback during the 1995 season after Rod Woodson tore his ACL, and did it all year—and was a second-team All-Pro.

But of course, if you can cover a wide receiver, then it’s going to help you cover anybody, because wide receivers have the crispest routes and the greatest nuance and spending the greatest amount of time cultivating methods of beating coverage. You learn from it. And you learn from stepping out of the familiar, which was a big part of this experiment as well.

“I want to always keep challenging myself, keep doing new things”, Fitzpatrick said. “In camp I did new things and the coaches kept challenging me. We brought in some new coaches this year, and it gives an outside perspective. They have been challenging me with different perspectives. It takes you out of your normal comfort zone”.

The more you do in the more places, the more you learn. The better you see the field, and the better you can anticipate what’s going to happen, because you’ve seen more scenarios unfold in front of you from more perspectives.

Fitzpatrick doesn’t shy away from any method of learning if it helps him to be a better football player. I think that’s the overall message. Whether it’s playing cornerback one on one against the team’s best receivers or something else, he will attack it with relish knowing that it’s working toward bettering his game.