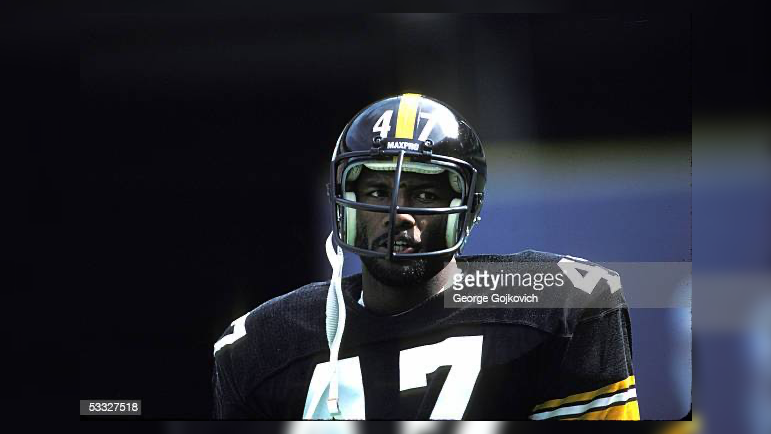 When it comes to today’s NFL game, especially in the eyes of many former players, the game has gone soft, and isn’t played like it once was. The game is structured more towards offensive outputs — the more points the better — which has led to an explosive growth in popularity and star power in the last two decades or so.

One player who isn’t upset at the way the game is played today though might surprise you, especially knowing how he made a name for himself in the 70s as a physical defender, one that had the NFL create a rule because of him. That player, of course, is former Pittsburgh Steelers great, Pro Football Hall of Famer and Steelers Hall of Honor member Mel Blount.

Blount, speaking with the Pittsburgh Post-Gazette’s Jason Mackey, stated that he likes the game today and that the game is in a good place overall, despite some of the changes over the last few decades, and the turn towards more of an offense game, taking away same advantages for defenders.

Football has changed a ton since Mel Blount played. However, the Hall of Fame cornerback still loves every second of it. Catching up with the iconic Steelers defender on a variety of stuff: https://t.co/eg9RzEGOkk

“I like the game,” Blount said to Mackey, according to original reporting from the Post-Gazette. “It’s hard to mess up football because it’s still gonna come down to running, blocking and tackling. How you do it … the game is always evolving. If you look at how they played the game in the 50s and 60s, then look at how we played it in the 70s and 80s, overall, the game is in a good place.”

Quite honestly, that wasn’t an answer I was expecting from Blount. As a defender who made a living bullying receivers on the outside, getting physical right at the snap and tossing offensive players aside, it would have been understandable for Blount to lament the direction the game has gone to where it is today, which is an up-tempo, wide open passing league with seemingly every advantage given to the offense in today’s game.

That’s not the thought process that Blount took, which — while surprising — was nice to hear. The game is in a great place overall with record viewing, revenue, and more. Oftentimes you’ll hear former players drag the game today, calling it soft and essentially flag football overall. There’s some truth to those statements from former players who played in the 70s, 80s, and 90s, but overall the game of football is great and is evolving very well, just like Blount states.

How it continues to evolve will be the key. The league and the players association have done a nice job implementing more safety procedures within the structure of the offseason, training camp and more.

Hopefully, that good place the game is in now continues to evolve and become better and better, not only for the players sakes, but the fans as well.