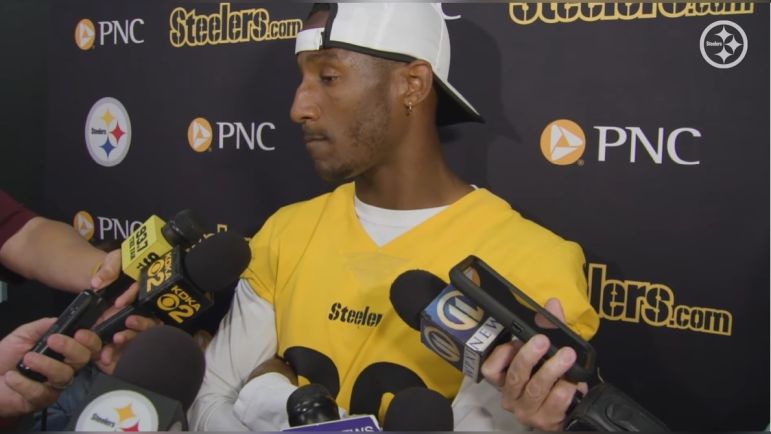 For the Pittsburgh Steelers, playing against the New England Patriots in the past two decades was far from a cakewalk. Though the two longest-tenured head coaches in the NFL in Mike Tomlin and the Patriots Bill Belichick will match up for the eleventh time, they will do so without quarterbacks Ben Roethlisberger and Tom Brady for the first time in a long time. For the Steelers, it may be helpful to have free agent signee cornerback Levi Wallace, who saw a lot of the Patriots in his four years with their division rival Buffalo Bills.

“I played the Patriots eight times now,” Wallace said Wednesday when asked about his ample experience playing against New England as a four-year Bill according to Steelers.com. “I know they have a new coordinator. But just getting back to the film, I’ve already spread my notes about the Patriots and the books I’ve kept on them. They’re a good team. Just because they lost their first game, I know they’ll come back and bounce back hard. Efficient running game as usual. We’ll be ready for that.”

While the Patriots had the Bills’ number for many years, this was not the case in recent years. Since Brady’s departure from New England in 2019, Wallace and the Bills’ defense have beaten the Patriots in four out of five match ups with stellar defensive performances.

For a long time, the Patriots bread and butter offensive philosophy centered around an efficient run game as well as short passes. This gave the Steelers’ predominantly zone defense trouble for years, as Tomlin has a 3-8 record against New England. However, given how different both teams are, this may not be a good predictor for what is to come Sunday.

On paper and with a limited one game sample size, the Steelers defense is coming off an elite performance against the reigning AFC champion quarterback and matching up against an offense that scored seven points in Week 1. However, if any coach can make the proper adjustments in NFL history, it is arguably Belichick. Not to mention, the Steelers’ defense will be without reigning Defensive Player Of The Year in linebacker T.J. Watt.

The two teams last faced in Week 1 of 2019, a forgettable 33-3 blowout that later prompted the Steelers to trade for All-Pro safety Minkah Fitzpatrick. The two teams and franchises are in a different place now, to say the least. From both teams having new coordinators on both sides of the ball to having youthful quarterbacks, the Steelers/Patriots match up is entering a new era in many ways.