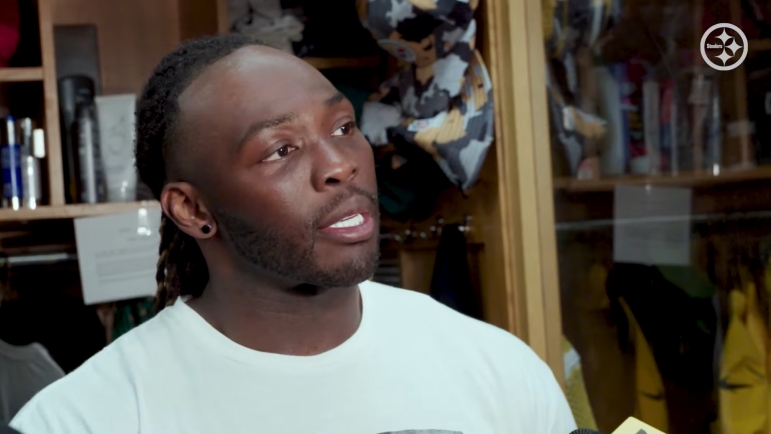 Multiple players with the same jersey number is exceedingly common—indeed, inevitable—during offseasons in the NFL. After all, there are only 99 eligible jersey numbers for 90 players, and some numbers could be retired or out of circulation for an individual team, while there also remain some restrictions on which numbers different positions can sport.

It’s typically not a problem, as in the vast majority of cases, one of the players wearing the same number as another is not going to make the team. On other occasions, one is clearly a starter and the other is a reserve, or one is a long-term veteran with the team and the other a newcomer.

The Steelers have a bit of an issue this year—insofar that a jersey number could be an issue, which is to say, basically not at all—since they do have two starters both wearing no. 65 for now, which has to change by September 11. And neither are long-established veterans.

Dan Moore Jr. was a fourth-round draft pick last year, though he did start all season. Larry Ogunjobi is a veteran defensive lineman, but he only signed with the Steelers in June. So how is that going to work out?

“It’s fine. We’re gonna settle that the next couple days”, Ogunjobi told reporters in the locker room yesterday, via the team’s YouTube channel, with a smile on his face. “We’re gonna see the numbers, how they come out”.

Still, while he seemed to express some deal of confidence that he would keep his own number, even though Moore already had it when he was signed, he was not at all insensitive to the matter, and alluded to negotiations being ongoing.

“I feel like, I’m never gonna make a man change something that means something to him as well. It means a lot to me as well”, he told reporters about the number 65 jersey, which he has worn much of his career.

Still, Ogunjobi did say that he’s flexible. Moore hasn’t commented on the jersey number, so we don’t really know how much it might mean to him, but it’s clearly more than nothing. Players do get attached to numbers, often having worn them since Peewee football, and a memorable example was in 2018, a ripple effect of number swaps.

Mike Mitchell came in at safety years ago with number 23. That was Joe Haden’s number, but he switched to 21 his first season in Pittsburgh after being signed that August. After Mitchell was gone, Haden switched from 21 to 23, with Sean Davis switching from 28 to 21, in order to honor Sean Taylor.