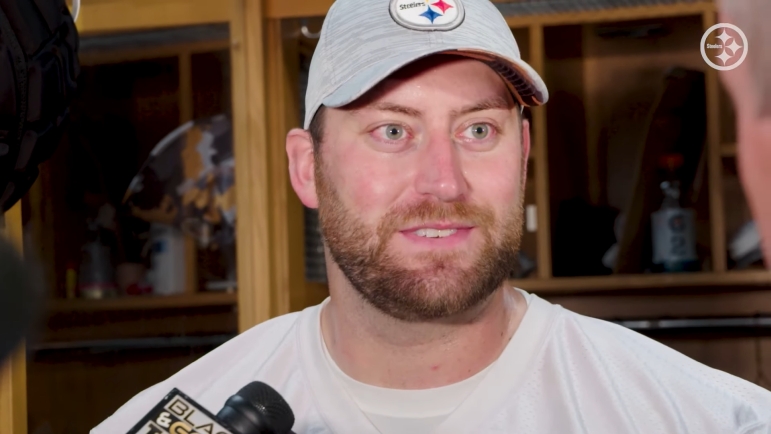 The Pittsburgh Steelers identified areas of their 53-man roster that they could improve when it came time to make the final roster cuts, and they made some moves via trade in the hopes of adding talent that they believe would make the team stronger.

One player that they added was veteran offensive lineman Jesse Davis, a sixth-year veteran with 72 career starts and closing in on 5,000 offensive snaps played in his career. Thus far, the Miami Dolphins are the only team for which he has taken a meaningful snap, but he was signed by the Minnesota Vikings this offseason.

In light of that, Davis admitted that he was somewhat surprised when he learned that he was traded, although he didn’t use that word. When asked if he had any idea this might happen, he said, “It just kind of happened so quick. I didn’t really understand what was happening at the time, but everything always sorts itself out”.

In Minnesota, Davis was battling with rookie second-round draft pick Ed Ingram for the starting right guard job, who, of course, was drafted only after the team had already signed the veteran in free agency. When Ingram won the job, he became expendable to the Vikings—in fact, it became beneficial to trade him.

Although the Vikings only gave him a one-year contract worth $3 million, it was nearly fully guaranteed. They are still paying him $1.55 million, with the Steelers being on the hook for a $1.25 million base salary plus $200,000 in the form of per-game roster bonuses available.

Of course, exactly what he’ll be doing in Pittsburgh remains to be seen, as head coach Mike Tomlin merely talked up his versatility when explaining why the Steelers made the move to acquire him. And he has played a fair bit everywhere but center.

According to Pro Football Focus, Davis has accumulated 2,212 career snaps in the regular season and postseason at right tackle, 1,863 snaps at right guard, 323 snaps at left guard, and 348 snaps at left tackle. Obviously, his experience leans toward the right side, but he does have significant playing time at both tackle and guard, with 922 snaps coming last year at right tackle.

There are a couple of familiar faces in the locker room, as well. Minkah Fitzpatrick was his teammate for 18 games, and Brian Flores was his head coach for the past three years. He told reporters on the day that he came in, though, that he had not spoken to Flores and so did not know if he had anything to do with bringing him in, but said that they did have a good relationship.