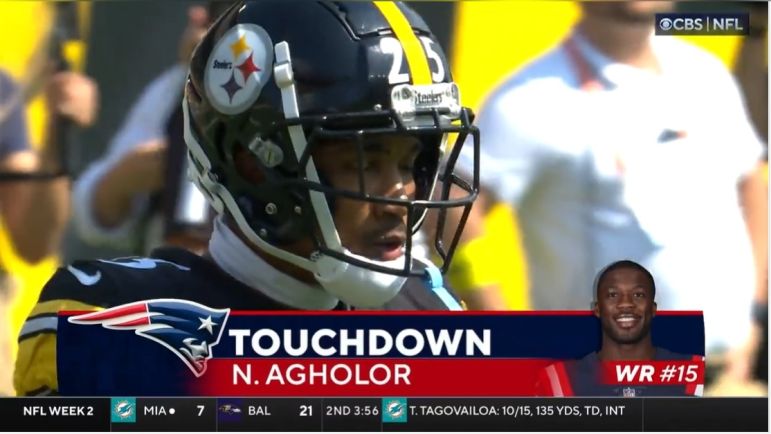 Ahkello Witherspoon was the Pittsburgh Steelers’ top cover corner the last six weeks of 2021. Through the first three weeks of 2022, he’s been their biggest liability. Really, that sums up Witherspoon’s career. Lots of highs. Lots of lows. Right now, it’s much of the latter.

According to our charting, through the first three games, Witherspoon has been targeted 18 times. He’s allowed 13 receptions for 155 yards and two touchdowns, though he at least has an interception, a fourth down pick of Joe Burrow in Week 1. In all, he has a QB rating against of 112.0, an ugly number for what’s supposed to be the team’s best cover corner. Lack of a Steelers’ pass rush, two sacks their last two games, might be an easy excuse, but Cam Sutton and Levi Wallace have fared far better.

Yes, you want to see a better rush help. Sure wouldn't hurt. But Witherspoon's struggles can't be blamed on that. Other CBs still holding their own.

Pittsburgh no longer plays people, they play sides, so Witherspoon isn’t consistently traveling with the opposing #1 receiver. Sure, he’s battled and lost to the likes of Ja’Marr Chase and Amari Cooper, but so have Sutton and Wallace. If anything, Witherspoon’s numbers look better than they should. Had Cooper not stepped out of bounds last week, Witherspoon would’ve been charged with a 40+ yard reception.

There’s no question cornerback is an unforgiving position to play. Battling the best athletes in the world in an offensive-driven league where one mistake can be how your game is remembered. That’s what Witherspoon experienced in Week 2, getting Moss’d by Nelson Agholor for a back-breaking first half touchdown. In a close, low-scoring affair, a moment like that made all the difference.

Witherspoon hasn’t been getting toasted. He’s been competitive in plays. But he’s having trouble finishing at the catch point and that’s really all that matters. For as important technique is, if you can’t make a play on the ball, everything else is moot. Agholor won at the end in Week 2. He gave up crossing patterns and couldn’t knock the ball away late in that Patriots game. And Cooper turned him around pretty well, a strong route runner that Witherspoon couldn’t match.

The one positive is Witherspoon has been a better and more physical tackler, though not perfect, crucially missing on Nick Chubb’s 36-yard run Thursday. But I’d easily trade an extra missed tackle or two for a break-up. His calling card is his size and speed and ability to cover, and right now, he isn’t that guy. He may not have a quick opportunity to redeem himself either, suffering a hamstring injury against the Browns that puts his status in question for this weekend’s game against the New York Jets.

Even when he gets healthy, the Steelers may want to consider starting Levi Wallace over him in their base defense to at least acknowledge Witherspoon’s struggles and the desire to make a change, even if Witherspoon will still see the field plenty in Pittsburgh’s sub-packages.