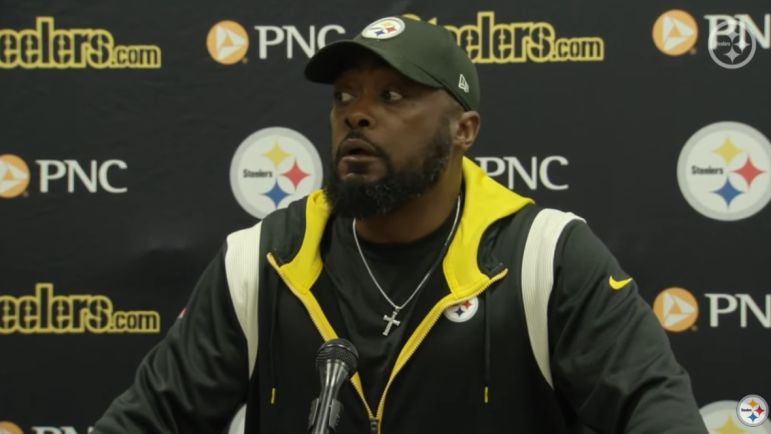 The Pittsburgh Steelers are 1-2, having lost two games in the last five days, and are quickly fading in an AFC North that still figures to be competitive this season. But for the moment, Mike Tomlin is focusing on steading the ship, refusing to entertain the idea of making any personnel changes – including at quarterback – coming off a 29-17 loss to the Cleveland Browns.

“I’m not in that mindset,” Tomlin said via the team’s YouTube channel when asked if he was considering any changes. “I’m interested in reviewing this tape and looking at the totality of it and figuring out how we collectively get better. So answer to that question is definitively no.”

Fresh off a loss in the third week of the season, it’s little surprise that Tomlin gave such a quick, clear answer. Perhaps his mind will change over the weekend but Tomlin will show more patience than anyone else in Pittsburgh. Chants and calls for Kenny Pickett will continue but Mitch Trubisky likely played well enough to remain the team’s starter, at least for another week. And the team simply doesn’t have many alternatives to turn too, lacking great depth at any one area where it’d be logical to see a change. Fans want to run OC Matt Canada out of town but it’s highly likely he finishes out the season, though his chances of returning next year look slim.

Instead, the Steelers will have to find a way to simply be more effective. Their third down offense is a mess, going 1/9 Thursday night, while the run defense has wilted after a fine showing in the Week One opener. The team’s pass rush without T.J. Watt is still largely invisible and the offense is barely averaging more than two touchdowns per game, a losing number in this modern era.

While the Steelers may have some good pieces, they don’t have the look of a good team. Unlike 2020 and 2021, they’re unable to eek out close games. They’re effectively 1-2 in one-possession games this season, a last-play touchdown for the Browns skewing tonight’s final score. Pittsburgh is likely to largely keep things status quo for another week but a loss next Sunday to the New York Jets could compel Tomlin to make changes, big and small.