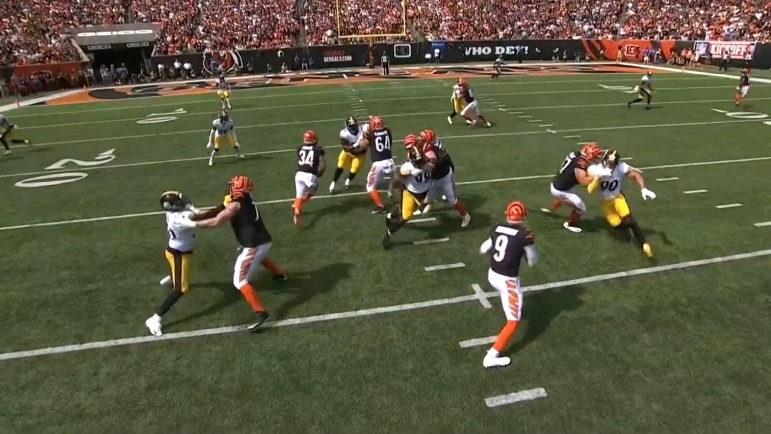 How’s this for an unwelcome stat? The Pittsburgh Steelers have never won a game in which T.J. Watt did not play since he first entered the league in 2017. Now, he hasn’t missed a ton of games—they are 0-6 without him—but you’d think that would manage to win one. Unfortunately, they have at least two more tries before he gets back from his latest injury that has him on the Reserve/Injured List.

While Alex Highsmith has stepped up on the edge in Watt’s absence as the top pass rusher, the defense as a whole is clearly just not on the same level without him, even if the offense has quite a lot to do with why they haven’t been having success as a team. Still, when asked for a measurement of Watt’s impact in his absence, Cameron Heyward had an immediate reference point.

“I think the big difference is we lost”, he told reporters yesterday, via the team’s website. “T.J.’s a heck of a player, and I’m not gonna say he’s our whole entire team, but, you know, it’s nice to have a guy like that. But this is an opportunity, and this is a league built on guys stepping up when guys are hurt. Nobody’s running away from it. we’ve all got to be better. Looking forward to doing this”.

It shouldn’t need to be said that the Steelers could and can win games without Watt. They still have a lot of talent, including a pass rusher who can get to the quarterback. And let’s not forget that both Heyward himself and Larry Ogunjobi had arguably career-best seasons just last year.

Heyward’s response to the question of what is different without Watt is obviously overly simplistic and doesn’t paint the full picture, but it is still an appropriate prism through which to look, because the ultimate goal is always winning.

If having Watt out there and not having him out there made no difference in terms of their chances of winning game, they wouldn’t have paid him millions and millions of dollars. They can still win without him though, so what these past two games have shown is that they’re clearly still not doing enough to find ways to win when he’s not there.

That’s what their task is over the course of the next two-plus weeks: figuring out what they have to do that they’re not doing now, and how to do it successfully, that will allow them to overcome the absence of one of the best football players on the planet.

When Watt talks about his goals and ambitions, whenever he’s not talking about winning championships, what he talks about is wanting to be a game-wrecker. He doesn’t talk about plays and numbers. He talks about making the offense unable to function. And he’s one of the few players in the game actually capable of doing that.

Not having him out there is a huge loss, obviously, and it’s reflected in their record. But they still have to do better, much better, when they don’t have him. It’s a fact not lost on anybody, but it still hasn’t produced any wins. Knowing is half the battle, they say, but only half.