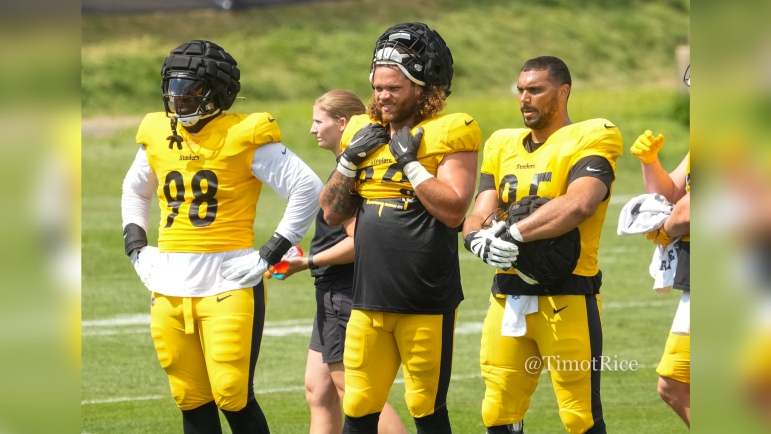 Topic Statement: The Steelers will dress six defensive linemen this Sunday, and regularly when healthy this season.

Explanation: For the first time in perhaps ever in the 3-4 era, the Steelers have the chance to carry seven defensive linemen on their 53-man roster for an entire season. But dressing six of them is another question.

We basically have no comparison by which to judge in advance whether or not the Steelers might dress six defensive linemen when they have seven on the roster. But given the defensive emphasis on stopping the run after a terrible 2021 season in that department, one would think that they have no intentions of getting caught with their pants down there again.

And they simply have the talent that not only justifies but demands being dressed. Montravius Adams was adequate as a found starter at nose tackle, and now he’s the backup to Tyson Alualu. Chris Wormley started last season and is now backing up Larry Ogunjobi. At least one of Isaiahh Loudermilk or DeMarvin Leal ought to dress—perhaps Loudermilk with a focus on the run defense.

The inactive list is always a reality teams must contend with when constructing a gameplan and figuring out who they are going to leave out of uniform. While Mason Rudolph will be a given, as well a ninth offensive lineman and at least one defensive lineman, you still need to sit two more.

So who exactly do you sit? With Mark Robinson on the second team, it doesn’t look like he’ll be inactive. The six wide receivers justify their helmets with special teams play. Connor Heyward and Derek Watt, the same story. The defensive backfield is full of role players on defense, plus Miles Killebrew, who was just named special teams captain.

Sitting two defensive linemen then is the only other thing that makes sense, or at least makes the most sense. Loudermilk and Leal will likely both be taking a seat, the two of them occupying one ‘slot’ on the second-team depth chart as an indication of their being on equal footing. That footing is currently a healthy scratch.