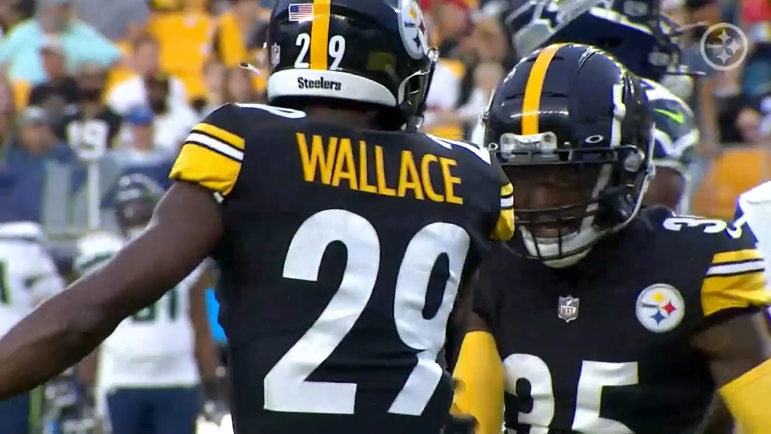 Topic Statement: Arthur Maulet will be the primary nickel defender over Levi Wallace.

Explanation: For the first time in the regular season, Mike Tomlin’s official depth chart specifically outlines a starting nickel defender. He did that for the preseason last year, but changed it when it came time for the regular season. Arthur Maulet is that nickel defender, with Levi Wallace listed as the second-string outside cornerback behind Cameron Sutton.

Cameron Sutton is capable of playing inside, but he is a starting outside cornerback, and he wants to play outside. And the Steelers want him to play outside. I have no doubt that the Steelers will be doing some mixing and matching, but Levi Wallace’ inflexibility in terms of playing inside will limit his playing time, because Sutton is going to take most of his snaps outside, with Ahkello Witherspoon on the other side.

Arthur Maulet was the primary nickel/slot defender last year, and they liked him enough to re-sign him. He ran all throughout the offseason and camp, and preseason, when healthy, spending playing of time on the field with the starters. He is a solid slot defender, the sort of player they look for, with similarities to Mike Hilton, albeit on a less distinguished scale.

Depth charts are paper. They’re not in-game decisions. And the depth chart doesn’t reflect enough nuance to acknowledge, for example, Sutton as both the top starting outside cornerback and the starting slot defender.

Because regardless of what the depth chart looks like, when we’re actually on the field, the Steelers are going to put their best defenders out there, and Wallace is among the top three cornerbacks. That means Sutton moves to the slot, something he has spent plenty of time doing over the course of his career.

Even when defensive coaches over the course of the offseason have talked about the cornerback position, they have always spoken of a top three consisting of Sutton, Witherspoon, and Wallace. All of them are going to play, but if you’re talking about snap counts, expect Wallace to see more than Maulet.