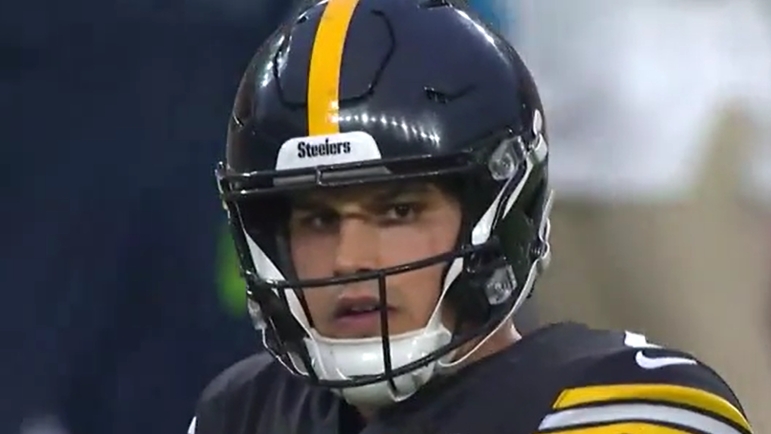 Question: What would the Steelers have to get in exchange for Mason Rudolph to be willing to trade him?

While he didn’t quite come out and say it, veteran quarterback Mason Rudolph basically walked up to the line of saying that he wants to be traded and waived. This came following his first public remarks after head coach Mike Tomlin’s regular season depth chart was released, which featured him as the third-string quarterback and inevitable gameday inactive.

While the Steelers have spoken of anticipating no changes in the quarterback room, the reality is that this is almost always what teams, including the Steelers, say in advance of a trade. Circumstances are relatively rare in which it’s so publicly known that a trade has become inevitable that the team actually acknowledges it.

I do believe that the Steelers are not trying to trade Mason Rudolph. However, I also believe, coupled with the fact that he seems to want it, that they would be willing to trade him if another team gave them an appropriate offer to compensate for the absence of a quality, experienced veteran in the room.

This is something that I actually have mulled over for a while, and unless Rudolph really pushes for it—which doesn’t seem to be the case at this moment or is likely to be imminent—I would have a hard time seeing them part with him for anything less than a fourth-round pick.

The Steelers value very highly the three-quarterback system. One can reasonably wonder whether or not they really would have even traded Joshua Dobbs in 2019 when they received the excellent offer of a fifth-round pick if it were not for the knowledge that they could re-sign Devlin Hodges, who did impress the coaching staff throughout that offseason.

While they could certainly use better depth in certain areas, especially along the offensive line, it’s been a while since the Steelers have made it a habit of doing player-for-player swaps, so I would expect that if he were to get moved, it would be limited to draft pick compensation. At this point, however, I’m not anticipating him actually getting moved.