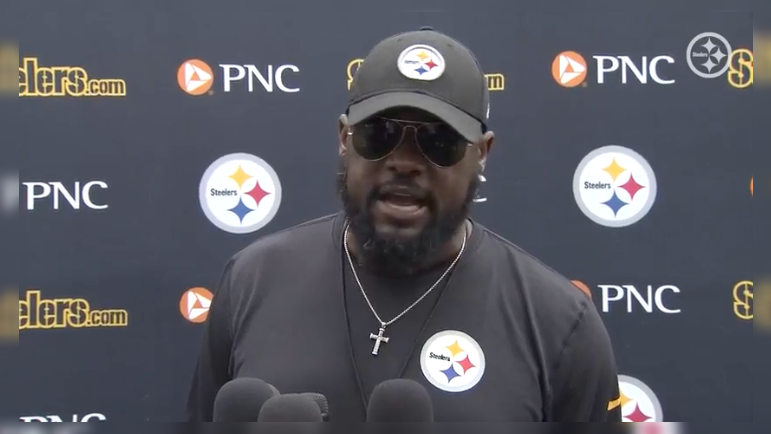 Throughout much of the offseason, most of the talking points surrounding the Pittsburgh Steelers’ defense centered on gap integrity, sound assignment football and returning to a high level of run defense for 2022.

On Saturday night in the preseason opener at Acrisure Stadium against the Seattle Seahawks, the Steelers’ defense largely failed its first test in the run defense department, allowing the Seahawks to gash it on the ground over and over again to the tune of 159 yards and two scores on 26 carries, good for a healthy 6.1 yards per carry.

While the Steelers didn’t have the usual faces on the field in the front seven featuring Cameron Heyward, T.J. Watt, Alex Highsmith, Tyson Alualu and more, head coach Mike Tomlin made no excuses for his defense’s poor performance against the run, lamenting the lack of gap integrity while stating to reporters following Monday’s padded practice at Saint Vincent College that the Steelers “weren’t strong enough” defending the run.

“We gotta have better gap integrity, but we talked about that after the game. We won’t grade on a curve based on who’s available, who’s playing,” Tomlin stated to reporters, according to video via Steelers.com. “The eleven on the field represent us; there’s a standard that we live by, and we weren’t strong enough, particularly against the run. We didn’t tee up our situational ball well enough because we were weak against the run at times in game.”

Talk about a wake-up call through the media.

Of course, nothing Tomlin said to the media Monday should be a surprise to any of the 90 players on the roster at the moment. Likely, that was the initial thought and discussion point immediately after the game Saturday night. While the Steelers didn’t have their typical standouts in the front seven on the night, the backups simply weren’t good enough.

Even some perceived starters like Devin Bush and Robert Spillane had really rough nights. Same for Chris Wormley against the run. What transpired down the stretch last season from a run defense standpoint continued to transpire Saturday night against the Seahawks. That’s a bit concerning, and is likely why Tomlin put the pads back on Monday just two days removed from a game, and really drilled home run reps throughout Monday’s practice on Chuck Noll Field.

The Steelers are very aware that the run defense is a problem. They’re also very aware Saturday night’s showing in that department wasn’t good enough. The players that took the field Saturday at Acrisure Stadium know that. Now it’s time to see how they bounce back in practice this week, and then the second preseason game against Jacksonville on Saturday, August 20 at 7 p.m.