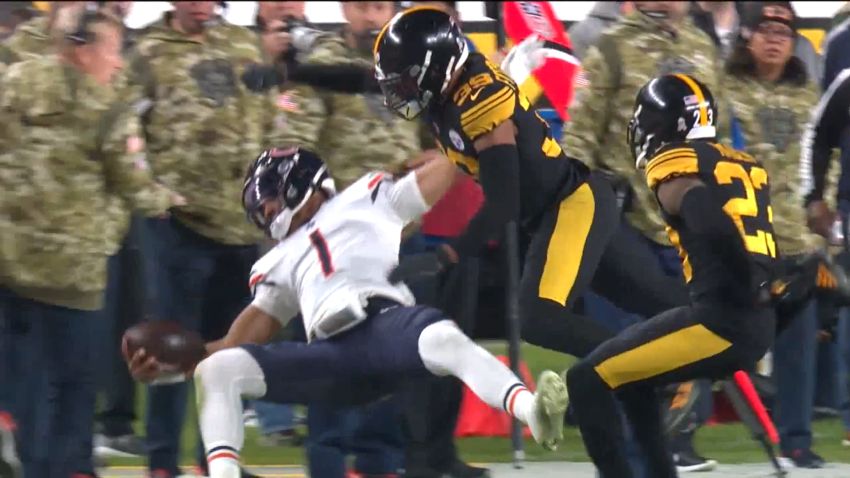 The Pittsburgh Steelers spent a buttload of money on an unusual-for-them timetable to get All-Pro free safety Minkah Fitzpatrick taken care of long-term earlier this offseason, signing him to a new contract extension that made him the highest-paid safety in the history of the game.

Getting a big, fat, signing bonus didn’t keep him safe while riding a bicycle during the break ahead of training camp, however, which resulted in him injuring his wrist and spending the first couple of weeks on the Active/Physically Unable to Perform List.

The fifth-year veteran was back in nearly-full action yesterday, however, which included his first participation in live tackling drills, something he got plenty of practice with during the regular season last year. He even quickly impressed our own Alex Kozora:

Of course, Fitzpatrick has done plenty of impressive things in a Steelers uniform over the course of the past three years, and the team expects that to continue going forward—hence the massive contract. But the level of physicality in his game is still being appreciated.

Reporters asked head coach Mike Tomlin about how impactful tackling during practice yesterday, particularly the goal-line session mentioned above. He had a simple and matter-of-fact response to being asked for his reaction to his free safety’s physicality being on display in his first full-contact practice.

That’s all you really need to say about a player when he reaches a certain level of consistent excellence. Fitzpatrick had a transformative impact on the Steelers’ defense from the moment he was signed, and that hasn’t really gone away.

While that has been primarily reserved in the passing game, his presence as a tackler also cannot be denied. After all, he recorded 124 tackles last season in 16 games, by far the most tackles ever recorded by a defensive back in team history.

And yet, preposterously, he didn’t even make the Pro Bowl. While it’s easy to concede that his 2021 season got off to something of a slow start, he was among the very best safeties in the NFL for the second half of the season, or par for the course.

Truth be told, Fitzpatrick’s tackling ability has long been an underrated aspect of his game, generally speaking, but he really is a fine tackler, overall. He shows great open-field discipline, which makes him an ideal last line of defense, rarely being fooled or taking the wrong angle. And more importantly, he can finish. Just ask Mike Tomlin.