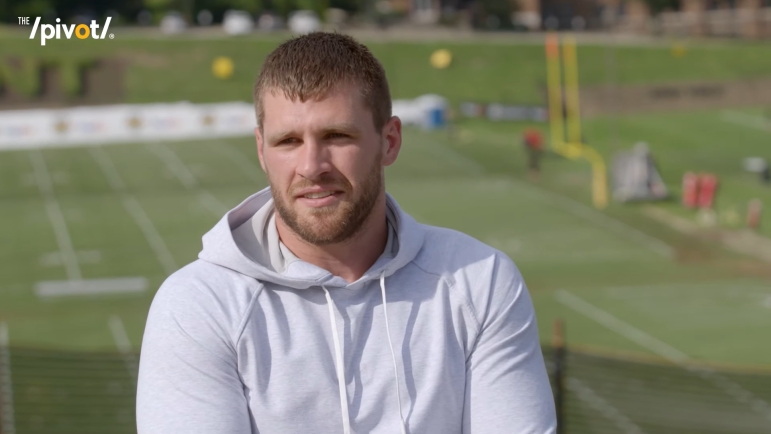 Pittsburgh Steelers edge rusher T.J. Watt is making it a tough argument when it comes to the best defensive player in the league, with really the only other name being the Los Angeles Rams’ Aaron Donald, who just became the highest-paid defensive player of all time.

Before both of them, however, there was J.J. Watt, who, like Donald, is a three-time Defensive Player of the Year. While T.J. gets all the love these days, and is routinely in the discussion as the best defender now, he doesn’t want people to forget how dominant his big brother was at his height—and he doesn’t think he merits comparison just yet.

“I want people to understand how great my brother truly was in his prime”, he said on an episode of The Pivot that was published yesterday, transcription of the comments courtesy of Michael David Smith of Pro Football Talk. “You go back and you look, you watch the film, the guy was frickin’ unstoppable. Absolutely unstoppable”.

“He’ll never say it, but people need to go back and look at that”, he said of J.J.’s game tape from the first half of his career. “The guy was doing incredible things for four or five years, and I think he can still play at a high level. I think I’m too early in my career to compare myself to him”.

The 11th-overall pick in the 2011 NFL Draft, J.J. Watt had a monstrous run, with his 5.5-sack rookie year looking like nothing in comparison to the four years to follow. He would win the Defensive Player of the Year Award three times over the following four seasons, topping 20 sacks twice.

In all, he recorded 69 sacks in 2012-2015 with 119 tackles for loss, 190 quarterback hits, 15 forced fumbles, a safety, and two defensive touchdowns. And then the injuries started. He played just eight games combined in the two years to follow. Finally healthy again in 2018, he racked up another 16 sacks, 25 hits, and 18 tackles for loss, but he’s only played more than eight games in a season once since then.

Finally leaving the Houston Texans last year and joining the Arizona Cardinals, J.J. played in seven games before suffering a shoulder injury that was supposed to keep him out for the rest of the season, but he managed to return in compromised form for the playoffs.

T.J. was drafted six years after his eldest brother, but he’s had quite a run himself. Though he only has one Defensive Player of the Year Award, from this past season when he tied the NFL sack record, he has been a top-three finisher (or better) for the past three years.

The question is, what does little brother do next? Provided that he has better fortunes on the health front, he is charting new territory while still in his prime.