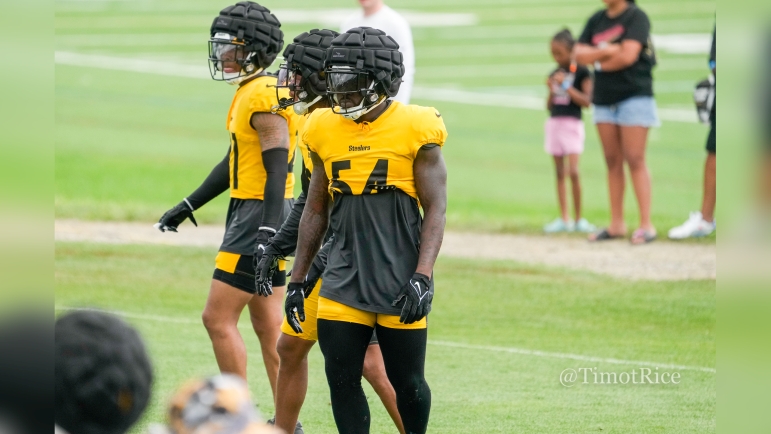 According to the NFL transaction wire, the Pittsburgh Steelers have reached an injury settlement with inside linebacker Ulysees Gilbert III.

Gilbert, 25, suffered a right foot injury during a closed August 6th practice. We spotted him in a boot as he sat out the next several days of practice. He was waived/injured by the team on August 10th, one day after his birthday, making room for EDGE rusher Hamilcar Rashed Jr. before landing on IR the following day. Now, he’s reached a settlement with the team. Gilbert’s release will create $31,960 in dead money on the Steelers’ cap.

Gilbert was enjoying a strong summer as he battled for one of the team’s backup inside linebacker jobs. But health has been a persistent issue throughout his career. A sixth-round pick of the Steelers in 2019, he was placed on injured reserve seven games into his rookie season due to a back injury. He missed time with a back injury again in 2020, playing in just four games. He stayed healthy all through 2021, appearing in all 17 games and recording 15 tackles as a multi-phase special-teamer. But with another injury, his time with the Steelers appears over. In theory, he could return to the team later in the season, but the odds of that happening are low. If this is the end of his time in Pittsburgh, he finishes it with 25 tackles (17 solo) in 28 games. Gilbert will look to get healthy and try to catch on with another team.