Kicking off something new I’m excited about for this season. I will be charting, visualizing, and providing takeaways for the all-important quarterback position for the Pittsburgh Steelers. Thanks to Thomas Mock for his great article that helped me learn much of what I’m using today. Couple notes before we jump in. All yardage referenced are air yards from the line of scrimmage, and some circumstantial passes may be removed, such as a batted pass at the line of scrimmage thrown by quarterback Mason Rudolph this week.

Let’s start with a simple overview of the position as a whole with number of throws by pass distances: 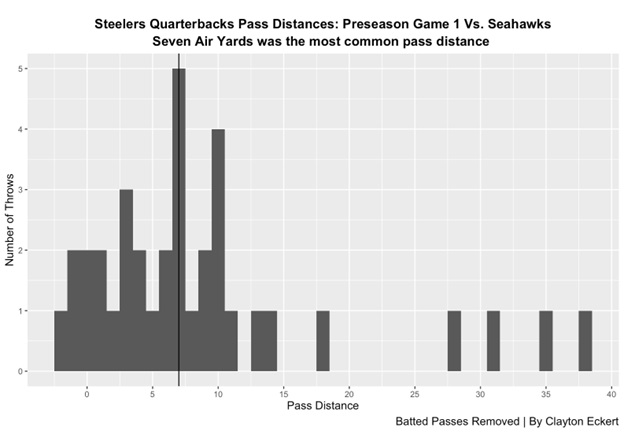 41.7% of passes were between five and ten yards, where Rudolph threw most of his passes. 38.9% of passes went for five yards or less. This number was dominated by quarterback Kenny Pickett, making short throws on the correct reads, which the upcoming visuals will illustrate further. 22.2% of passes were in the ten- to 15-yard range, with quarterback Mitch Trubisky encouragingly having the most attempts in that range that I hope we see more of moving forward. 11.1% of Pittsburgh’s throws were 20-plus yards down the field, with each quarterback having at least one explosive pass attempt (20 or more yards). The only completion came on the beautiful connection from Rudolph to wide receiver George Pickens in the corner of the end zone for the touchdown. 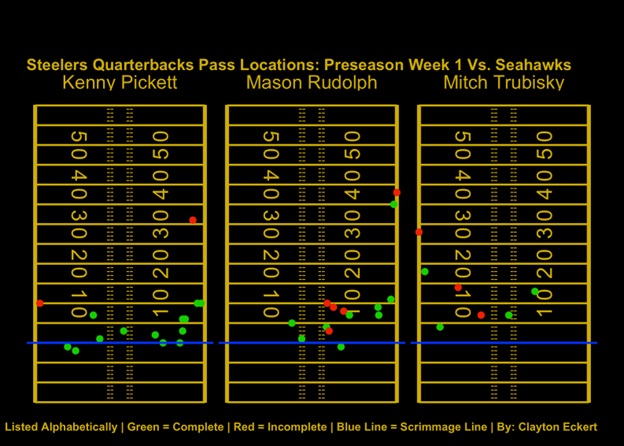 Here we get more context to the pass distances, with locations on the field and where passes were complete or incomplete. Pickett’s completion rate was impressive (13/15), all at ten yards or less. His two incompletions were at ten and 31 yards respectively. He had two touchdowns, two and ten yards, both to the right side.

Speaking of which, I really noticed Rudolph favoring the right side of the field, with the visual highlights even more than I expected. Will be interesting to see if this is a trend moving forward. He was 9/15 in the game, but my charting only has 14 of his passes, removing the batted attempt at the line of scrimmage. Another big takeaway was four of his five charted incompletions were between the right hash and numbers at ten yards or less. His two deep targets were along the right sideline; it will be interesting to see how this progresses.

Trubisky went 4/7 on the first two series of the game, with five of those passes going to the left, outside the numbers. Two of those passes at the numbers were incomplete, and his deepest attempt of 28 yards on the left sideline was the other. While this is preseason, only one game, and a small sample size, it is interesting to see and use as a foundation as we see these quarterbacks compete this preseason and follow their trends.

Next, let’s look at a heat map for the quarterbacks: 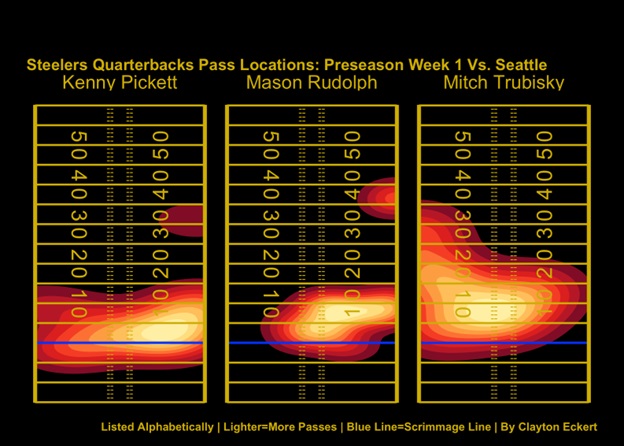 This visual will become more valuable as the sample size grows, with the lighter colors being most important. Pickett short right, Trubisky short to intermediate left, and Rudolph short to intermediate right are the prominent areas for each thus far. Can’t wait to see how this progresses.

Also, here are quarterback comparison visuals to see how players compared to each other: 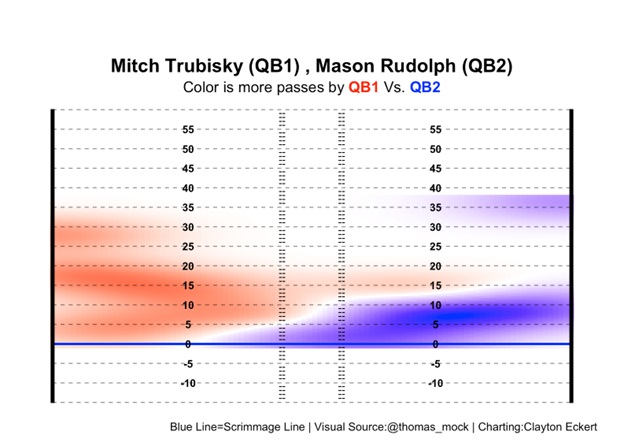 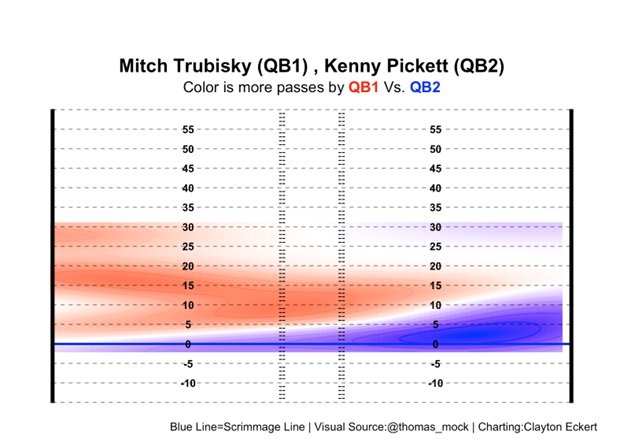 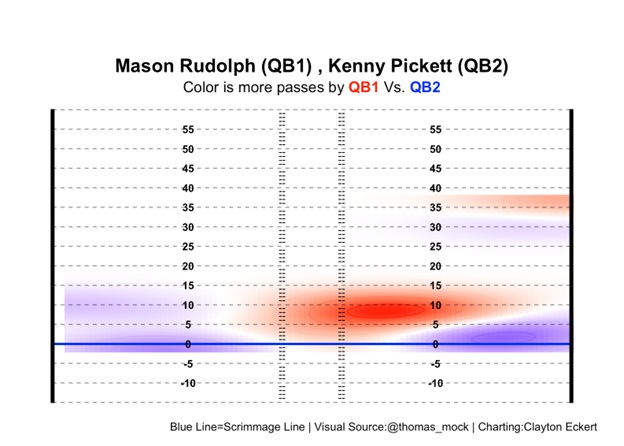