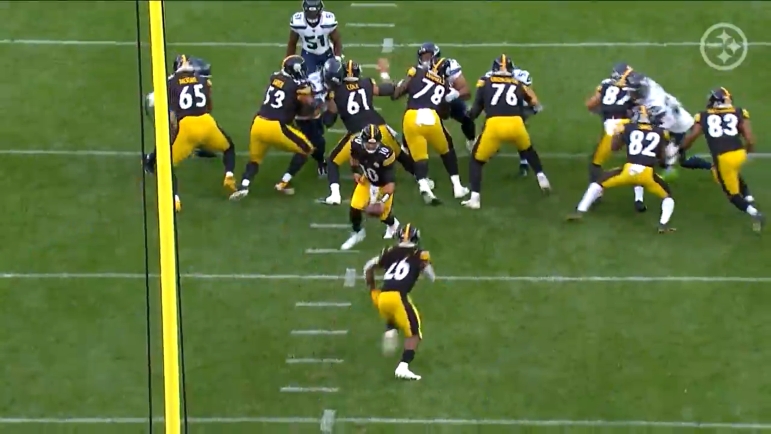 Throughout much of training camp at Saint Vincent College in Latrobe, the vaunted defense of the Pittsburgh Steelers has seemingly won each and every day against a new-look Steeler offense featuring a number of new pieces.

That’s not unexpected, as the Steelers’ defense brings back a number of key personnel and are very familiar with the defensive scheme overall. Still, it’s been rather interesting to see just how dominant the defense has been throughout training camp, especially in the live 11-on-11 sessions in pads, which features live tackling at full speed.

Despite some of the struggles offensively in that setting, the Steelers were well prepared for Saturday’s preseason opener against the Seattle Seahawks at Acrisure Stadium, resulting in a thrilling win (for a preseason game) for the black and gold. Following the win, new Steelers wide receiver Gunner Olszewski credited the Steelers’ defense for having the offense prepared for full-go right away, thanks to the work put in during training camp.

“…I think that’s the credit to the guys on the defensive side of the ball we practice against every day,” Olszewski said following the win over the Seahawks. “That goes back to practice is hard and the games are easier. So getting to go against those guys every day, live tackling and stuff, we got to go out there tonight and play Seattle and it felt like we had the upper hand and the physical game.”

The Steelers offense certainly looked more prepared for game action Saturday night, and were definitely the more physical team throughout the night, from the starting unit to the third-stringers late in the game. Coming into the preseason opener, a lot of attention was going to be paid to the offensive line under new position coach Pat Meyer.

Though there were some missed assignments in pass protection, the offensive line performed rather well in the trenches, helping the Steelers rush for 185 yards on 27 carries, good for a very healthy 6.9 yards per rush. Take away Steven Sims’ 38-yard jet sweep and the Steelers still racked up 147 yards on 26 carries (5.65 yards per carry).

Defensively, the Steelers dominated the point of attack in the trenches, even without their star players. Sure, there were some issues with the run defense once again, especially in the second half, as the Seahawks racked up 159 yards and a score on the ground, but throughout the game the Steelers were very clearly the more physical, more prepared team in this one.

It’s still a bit early to jump to full conclusions, but it was good to see the Steelers get off to such a great start. Tackling in full and practicing hard throughout the week at Saint Vincent College seems to be paying off. The players are seeing some returns in that department, too.