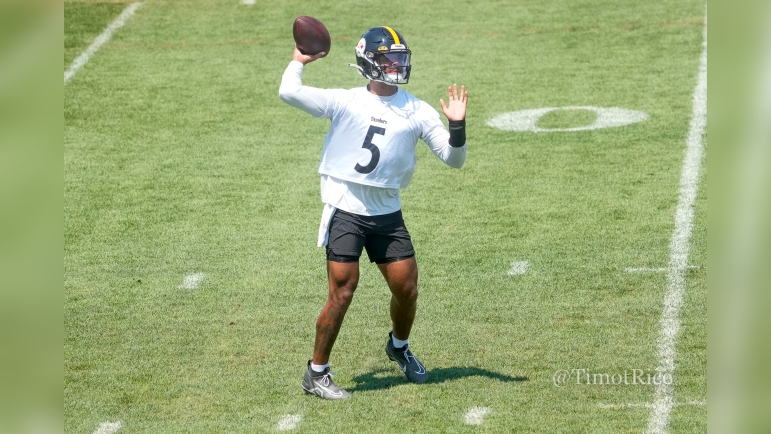 The Pittsburgh Steelers are reportedly releasing rookie QB Chris Oladokun as they trim their roster from 85 to 80 by the end of today. That’s according to Pro Football Network’s Aaron Wilson, who tweeted the news moments ago.

Oladokun was the team’s final selection of the 2022 NFL Draft and the second quarterback the Steelers drafted after spending a first-round pick on Kenny Pickett. Oladokun was well-traveled, playing at two high schools and three colleges, finishing up his career at South Dakota State.

Oladokun ran as the team’s #4 QB all camp and barely saw any reps. He had just a combined 19 team and 7v7 s snaps during the summer, giving little chance to show what he could do. He had yet to see action in a preseason game.

Perhaps Pittsburgh is trying to stash him on the practice squad by releasing him early, hoping he won’t be claimed by any team during this wave of cutdowns. But the decision to draft Oladokun seems to be a poor one that’ll return nothing on their investment.