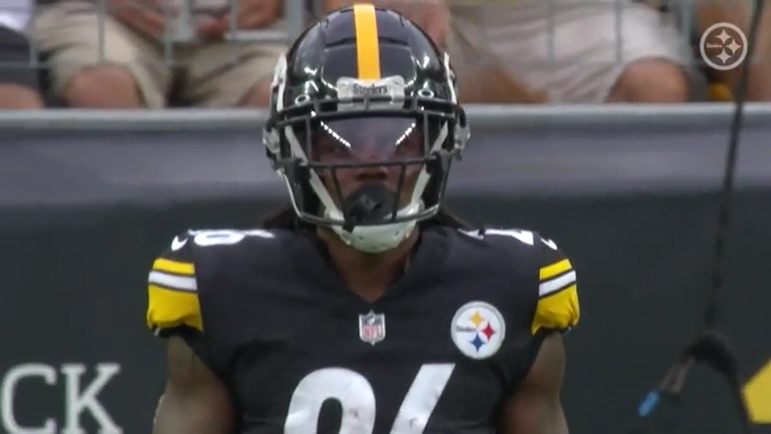 Roster moves continue to trickle in for the Pittsburgh Steelers as they get closer and closer to the 53-man threshold by Tuesday’s 4 p.m. deadline. Third-year running back Anthony McFarland Jr. and fourth-year cornerback Justin Layne are the latest roster cuts, according to reports from ESPN’s Jeremy Fowler and NFL Network’s Ian Rapoport.

McFarland Jr., drafted in the fourth round of the 2020 NFL Draft, never quite got going in the NFL, touching the football just 39 times as a rookie and four times as a second-year player while dealing with a knee injury and COVID issues. He had arguably his best training camp of his young career at Saint Vincent College in Latrobe this summer and got off to a good start in preseason action.

However, he was quickly and easily passed on the depth chart by UDFA running back Jaylen Warren, who may have worked himself into the No. 2 role behind star second-year pro Najee Harris in the Steelers’ backfield.

As for Layne, he never really put it all together despite being a third-round pick in the 2019 NFL Draft. Some of his concerns with speed and hip flexibility ended up costing him in the NFL as he never looked comfortable defensively, though he held down a key role on special teams as a solid gunner for three seasons.

Layne was eventually passed on the depth chart by UDFA James Pierre last summer and never regained his footing on the depth chart, even playing behind UDFA Chris Steele this summer, all but spelling the end for him in his time with Pittsburgh.

Moving forward, it appears that Benny Snell Jr. and Warren are the two backs behind Harris offensively, and Ahkello Witherspoon, Cameron Sutton, Levi Wallace, Arthur Maulet, and Pierre are the cornerbacks the Steelers will roll with — for now.