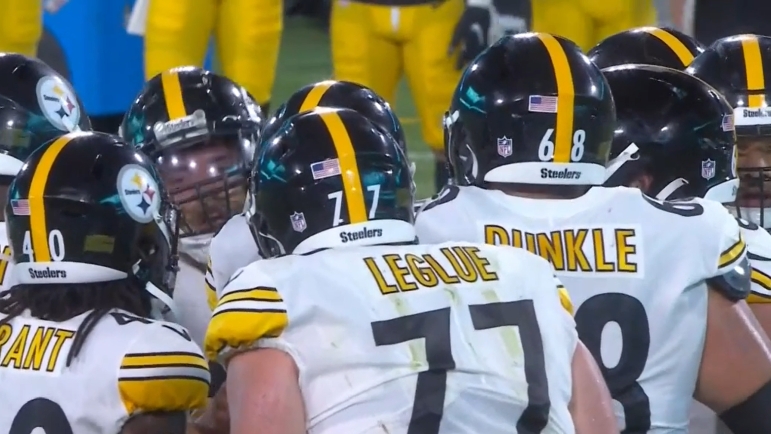 With the roster cutdown deadline just hours away, the Pittsburgh Steelers remain active trimming the roster from 80 to 53 Tuesday, cutting interior offensive lineman John Leglue, according to a report from ESPN’s Brooke Pryor.

Pryor tweeted out the information Tuesday morning, and was the first to announce the move.

Leglue played in six games in 2021, starting five, and was a valuable offensive lineman down the stretch last season for the black and gold. He found himself in a position battle for a spot on the roster with the likes of Kendrick Green, Trent Scott, and J.C. Hassenauer as versatile depth along the offensive line.

Prior to being cut Tuesday morning, Leglue tweeted out how thankful he was for the opportunity to compete with the Steelers and was looking forward to seeing what was next in his football journey.

Thankful for this life! Wrapped up final preseason game today! Can’t wait to see what the future holds #blessed

An undrafted free agent out of Tulane, Leglue spent time with the Denver Broncos, New Orleans Saints and Green Bay Packers before catching on with the Steelers in 2020, signing with the team on Dec. 29, 2020. After spending time on the practice squad throughout the rest of the 2020 season and into 2021, Leglue was signed to the active roster on Nov. 27, 2021 and then made his debut Dec. 5 against the Baltimore Ravens.

Leglue is a good candidate for the practice squad, one I’m sure the Steelers would love to get back rather quickly into that role. However, he may have shown enough last season in his six-game appearance to warrant a spot elsewhere in the NFL as a valuable swing lineman that can play guard and tackle in a pinch.

UPDATE (9:58 AM): The Steelers have also released NT Henry Mondeaux. Mondeaux spent last year on the 53, pressed into action at nose tackle, but was pushed out by a healthier and deeper d-line room this year.