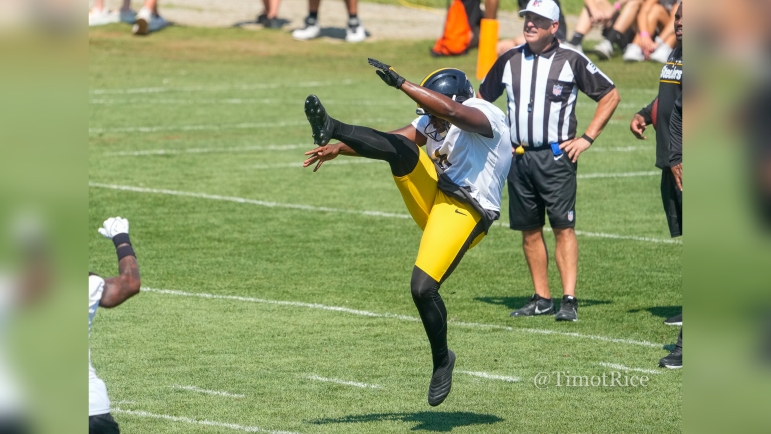 Pittsburgh Steelers special teams coordinator Danny Smith let the cat out of the bag earlier this offseason when he basically acknowledged that, as an organization, they give their draft picks more chances than just about any other team in the league. And he wasn’t exactly bashful about saying it.

Of course, it’s not universally true, as attested to by the fact that they have never in their history rostered every single selection in a single class on opening day. But generally speaking, there is certainly some reality behind it, driven by the confidence in their scouting.

Second-year punter Pressley Harvin III would be a perfect example. The team had a golden opportunity to move on from the seventh-round pick while he was performing lousily. Late in the season, Corliss Waitman punted two games in his place while Harvin tended to his family following the passing of his father; they eventually chose to waive Waitman despite performing well.

Of course, Harvin went through quite a lot in his personal life last season. He is hoping to find more stability this year both off the field and on it as well, looking for more consistency in his game, as he told Max Ralph of the Pittsburgh Post-Gazette.

“I didn’t think I had the best day last week, but I just told myself my numbers are still higher than what I thought they were. I’m still getting better every single day”, he told the outlet. “I know I’m not gonna have a perfect day every single day, but if I can continue to get my B and C ball to be closer to my A ball and how that looks on a consistent level, I can just continue to put the team … in good position”.

Unfortunately, he frequently failed to do that during his rookie season. While he had a fine ‘A’ ball, he sent more ‘C’ balls in the direction of the opposing team. He finished at or near the bottom in the major punting statistics, and yet was the only punter to be drafted.

Smith did compliment Harvin earlier this offseason back during OTAs, though he also basically said that it didn’t mean anything at this time of year. But Harvin is continuing to make some strides into bringing his average ball up, so to speak, ideally hitting more ‘A’ balls and fewer ‘C’ balls.

His competition in camp is Cameron Nizialek, out of Georgia, who did dress for and play in four games with the Atlanta Falcons last season. Still, there isn’t a great sense that the Steelers are holding an equal opportunity competition here.

Harvin will no doubt be given the chance to kick his way into the regular season, and, barring any major struggles, should be safe. But that’s contingent upon him doing his job more consistently moving forward. He wouldn’t expect anything less, including from himself.