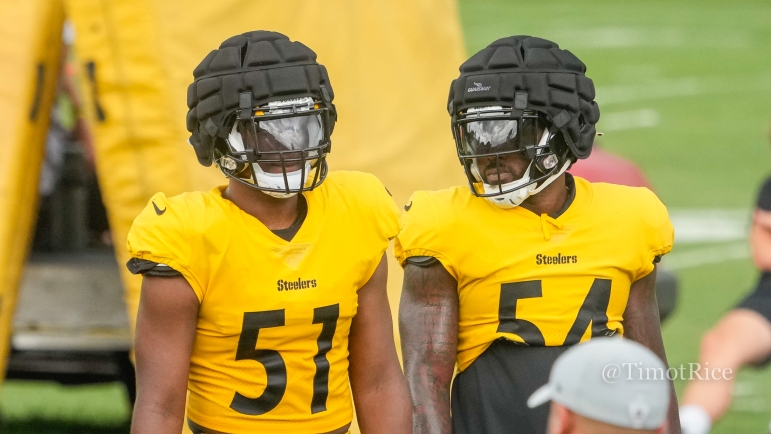 After years of feeling like he had to be “the man” in the middle of the Jacksonville Jaguars’ defense, things are slowly starting to change for new Pittsburgh Steelers inside linebacker Myles Jack.

Following his surprising cut early in free agency just one year into a four-year extension with the Jaguars, Jack landed on his feet with the Steelers as part of a loaded defense overall featuring the star power of T.J. Watt, Cameron Heyward and Minkah Fitzpatrick, not to mention solid names like Tyson Alualu, Alex Highsmith, Cameron Sutton and more.

With such a deep, talented defense around him, Jack — who appeared on NFL Network’s Inside Training Camp Wednesday following practice at Saint Vincent College in Latrobe with Kurt Warner and Scott Hanson — knows he doesn’t need to be Superman any longer on the field, at least in his time in Pittsburgh.

Myles Jack on joining Steelers: 'It was a no brainer for me' https://t.co/RpPHIz1HLp #Steelers pic.twitter.com/v5DJox1boS

“I’ve got big, big hopes for myself and I think there’s a lot on the table for me still,” Jack said to Warner and Hanson Wednesday from Latrobe, according to video via NFL.com. “But, the guys that I have in front of me with Cam Heyward…to get to play in front of that, behind that d-line, I feel like it’s just gonna make my job that much easier and I’ll just get to fly around and do my job. And I don’t have to try to be Superman out there, just stay in my lane and do my job.”

During his time late in Jacksonville after the surprising run to the AFC Championship Game in 2017, Jack ended up needing to be Superman for the Jaguars after the franchise traded away star cornerback Jalen Ramsey and pass rusher Yannick Ngakoue, released cornerback A.J. Bouye, and let guys like Calais Campbell, Malik Jackson and Dante Fowler walk in free agency.

That left Jack standing as one of the few remaining pieces from that star-studded defense that carried the Jaguars in 2017. Expected, his play declined rather quickly without the talent necessary around him, which really dinged his stock big-time. That, coupled with concerns about his knees ultimately led to the Jaguars shockingly moving on, to the Steelers’ benefit, though.

Now in Pittsburgh, Jack just has to play his role well next to Devin Bush and Robert Spillane at inside linebacker for the Steelers, as the black and gold try and fix a major hole on the defense that’s resonated since the loss of Ryan Shazier to a tragic back injury and the surprise retirement of Vince Williams.

So far, Jack is doing his job well in training camp, coming with a lot of energy, flying around making plays and bringing some physicality to the table, which the Steelers desperately need at inside linebacker outside of Spillane. Who knows, maybe not needing to be Superman will cause Jack’s level of play to rise dramatically in 2022.