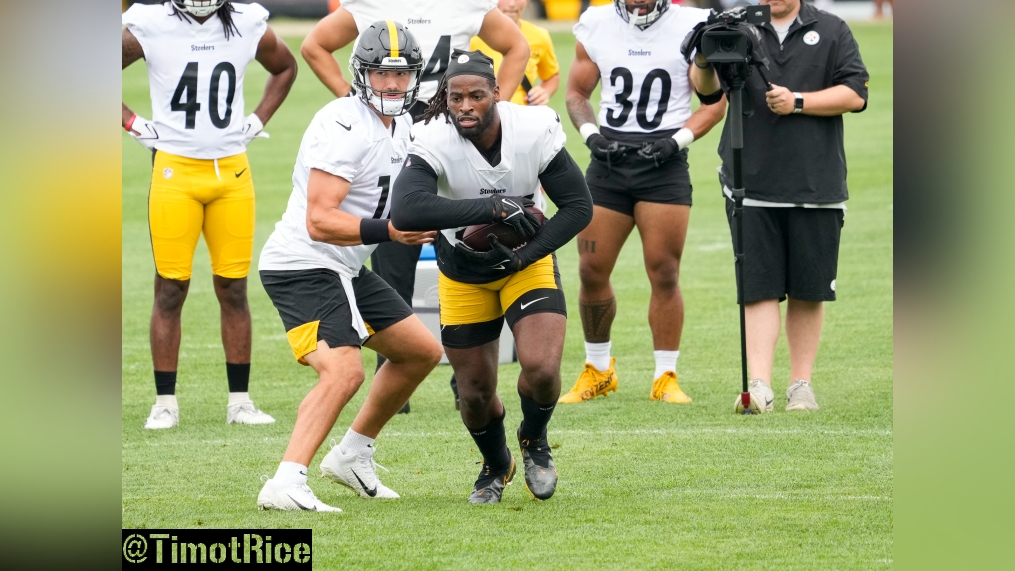 In the final tune-up ahead of the regular season Sunday at Acrisure Stadium against the Detroit Lions it certainly wasn’t pretty offensively for the Pittsburgh Steelers, but there are some signs that the offense is going to get going here, and soon.

Speaking with reporters following Sunday’s 19-9 win over the Lions to close out the preseason, Harris — who rushed for just 10 yards on four carries and added 11 yards on three receptions — stated that the offense is “getting there” and will be ready for the Week 1 opener on the road Sept. 11 against the Cincinnati Bengals.

“I think we’re getting there. I think that we’re going forward,” Harris said to reporters following the win over the Lions, according to video via Steelers.com. “Is it where we wanna be at though? No, but are we working there? Yeah. I mean, all that matters is us being ready on September 11 against the Bengals.”

While all that matters for the Steelers’ offense moving forward is being ready to go on Sept. 11 against the Bengals on the road, they need to find some consistency and continue to move in the right direction, much like they did in the second and third quarters on Sunday.

The two minute drive from quarterback Mitch Trubisky was a thing of beauty, and a lot of that success was due to the fact the Steelers were playing a more up-tempo style offense in that moment, which kept the Lions off balance from a substitution and pass rushing standpoint, allowing the offensive line to settle in, give Trubisky time and allow the Steelers to make plays down the field, resulting in a touchdown.

Still, the offensive line remains a major concern from a pass protection and run blocking standpoint. Of course, growing pains were expected with two new pieces in Mason Cole and James Daniels, and a new position coach teaching an entirely new technique in Pat Meyer. That said, early returns haven’t been promising in that department for the black and gold, which threatens to derail an offense that has all the pieces at the skill positions necessary to compete at a high level.

With two weeks off between now and the start of the regular season for the black and gold, we’ll see what improvements are made in the trenches and from a scheme standpoint to try and find that consistency and keep moving forward as a unit in hopes of competing at a high level throughout the 2022 season.