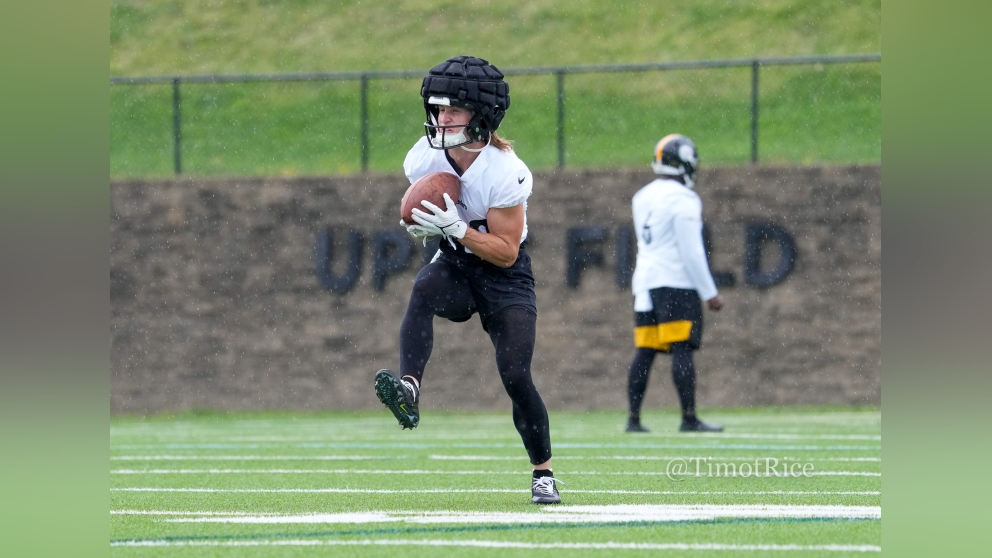 The Pittsburgh Steelers were perhaps slightly surprised when they lost out on their return man, Ray-Ray McCloud, in free agency back in March, the four-year veteran finding a more lucrative opportunity than Pittsburgh offered in Kyle Shanahan’s offense in San Francisco.

The Steelers moved quickly to find a viable alternative, signing former All-Pro returner Gunner Olszewski, formerly of the New England Patriots. While he has never not been the frontrunner for the job, however, head coach Mike Tomlin insists that the conversation is still subject to debate.

“All of them are viable”, he told reporters following Thursday’s practice about the candidates that the team has seen as return men, moving into the preseason, via the team’s website. “We mean what we say when we say we don’t care by what means guys get here. They’ll be given an opportunity to show what they’re capable of. Return space is a space that history tells me that I’m always open to potentially being surprised, so I’m excited about that”.

McCloud had spent the past two seasons as the Steelers’ primary return man, first only as kick returner but quickly taking over punt returns after Diontae Johnson became too important to continue doing it. And he did have some success, but he also wasn’t expendable.

Olszewski was All-Pro, as mentioned, in 2020 after leading the league with 346 punt return yards on 20 returns, yielding a 17.3-yard average with one touchdown. For his career, he averages 12.6 yards per punt return and 23.2 yards per kick return. His three fumbles last season (only two in his career prior to that) were likely the main reason Bill Belichick was prepared to move on.

But the Steelers do have other options. Earlier this offseason, third-year running back Anthony McFarland was pretty open in talking about his intention to claim at least one of the return jobs as a way of securing his roster spot.

Rookie fourth-round draft pick Calvin Austin III is another intriguing option as a possible return man due to his excellent speed and shiftiness. Fellow wide receivers such as Steven Sims (who has done returns at the NFL level) and Tyler Vaughns have also been return line fixtures in camp.

Of course, opportunities for kick returns can be limited during the preseason, though teams are more willing to kick short in order to evaluate their coverage, unless they have a new kicker whose range they’re trying to test out.

The coaching staff will mix different people into the return lines as allowed, but Olszewski should certainly be regarded as the overwhelming favorite until proven otherwise. He has by far the best resume for it at the NFL level, and it’s the primary purpose he was brought here to fulfill.