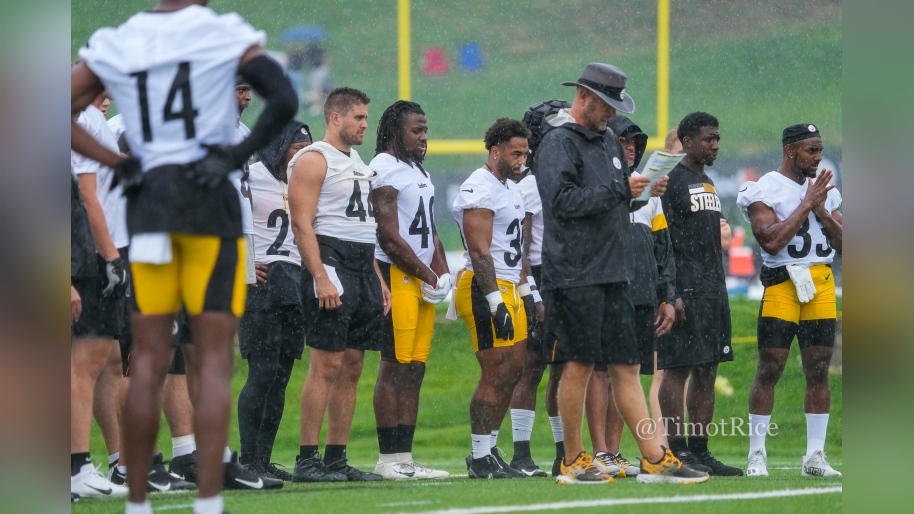 One of the most remarkable realities of the Pittsburgh Steelers’ 2021 season is the fact that, even though they won only nine games, seven of those victories were earned via game-winning drives led by former quarterback Ben Roethlisberger.

That means they were losing a lot, or at least tied, in the fourth quarter, but as often as not, found a way to put the final points on the board that put them over the top. They tied for the league lead in point scored in the fourth quarter. If only they could have gotten off to similar starts, maybe they wouldn’t have needed those late-stage Hall of Fame heroics.

With Roethlisberger now a fading image in the rearview mirror, the Steelers cannot afford to dig themselves holes at the beginning of games, counting upon the defense to keep things close enough for their star quarterback to pull it out in the end.

“We know that”, second-year offensive coordinator Matt Canada told Gerry Dulac of the Pittsburgh Post-Gazette recently when he was asked about the need for them to improve their first-quarter offense, a period in which they tied for the fewest points scored in the league.

“It’s certainly a focal point for us. It’s certainly something we’ve got to get better at”, he added. “Winning games is really important. If you start fast, it’s easier to win games”.

He’s speaking in obvious terms with purpose, of course, emphasizing the point of what function having a good first quarter offense serves. Any time you have more points than your opponent is a good time, since it makes it easier to finish the game with more points. Again, to state the obvious.

Of course, slow starts are not a new phenomenon in Pittsburgh. They finished in the bottom five in each of the two previous seasons as well in first quarter scoring. Yet they had a top-10 first quarter offense as recently as 2017. Indeed, they finished tied for third in 2016.

How they go about fixing the first quarter offense, I don’t know. I’m not an offensive coordinator, nor am I paid to be one. But Canada cautions against prejudging this year’s team based on what they were (or were not) able to do last year.

“Last year is last year. I have no problems with how we tried”, he told Gulac. “We didn’t get our ultimate goal, but it’s a new year, a new time. There are a lot of different things. We’ll work and try to be better this year. We have to play better. We know that”.

They say knowing is half the battle, but the doing is generally the harder half. It’s wonderful for the Steelers to know that they need to get more points on the board early on in games. But that merely sets the goal, it doesn’t accomplish it.