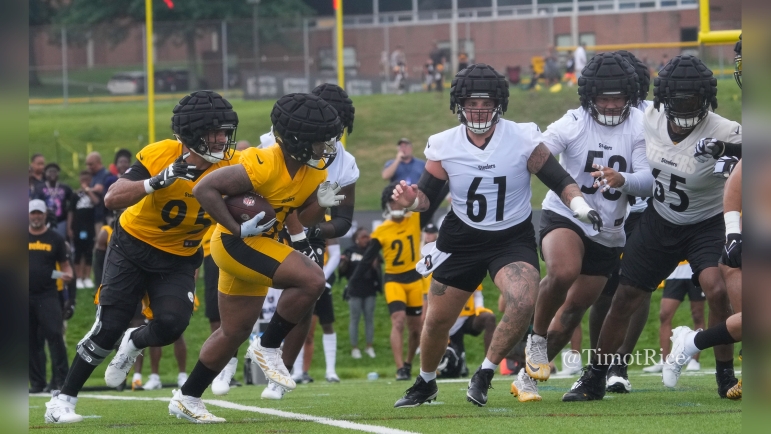 The Pittsburgh Steelers, you might have noticed, have already concluded yet another training camp installment, though for the first time since 2019, they actually had the opportunity to sneak away to Saint Vincent College in Latrobe, where, for every year outside of the past two dating back to the 60s, they have forged the building blocks of their roster.

Over the past decade, that forging has taken place more violently for the Steelers than most teams. Head coach Mike Tomlin installed live tackling drills in training camp that year, which by that time had already become virtually unheard of, and hadn’t been done in Pittsburgh for a number of years—years before Tomlin took the job in 2007.

Partly a byproduct of the 2011 CBA that significantly curtailed the extent of practices, both in volume and in quality in terms of padded work, the live tackling drills still take players by surprise when they come here from other teams, as Mason Cole learned firsthand compared to prior experiences in Arizona and Minnesota.

“In my opinion, it’s so much more competitive than everywhere I’ve been”, he told 93.7 The Fan earlier this week. “There’s competition periods where it’s one on one, runs, pass, whatever it might be. Each day we’re live tackling in practice. I don’t think I’ve ever live tackled in practice in the NFL”.

That’s not an insignificant claim, given that he has played for both Bruce Arians—essentially from the Tomlin coaching tree, of a sort—as well as Mike Zimmer, known as a hard-nosed coach who cut his teeth as the defensive coordinator of the Cincinnati Bengals. As an aside, Zimmer actually just agreed to join the coaching staff being put together by Deion Sanders at Jackson State—quite a little story there.

“Maybe we live tackled one day”, he said of his experiences elsewhere, “but we live tackle almost every day out there, and it’s just, it makes sense when you look at the last 15 years and they haven’t had a losing record in 15 years and you understand why”.

Cole was one of two free agents the Steelers signed this offseason to start along their offensive line, the other being James Daniels. They are being counted upon to help turn that unit as a whole around and provide protection for their new quarterbacks while elevating the running game to a more consistently acceptable level.

The live tackling itself, however, isn’t the variable, since it isn’t new. But with a new offensive line coach in Pat Meyer, it does help to better get the feel for the system that he does want to run. And of course live tackling isn’t only about the offensive line. It’s the closest thing you get to football on a practice field, so of course it has inherent value.