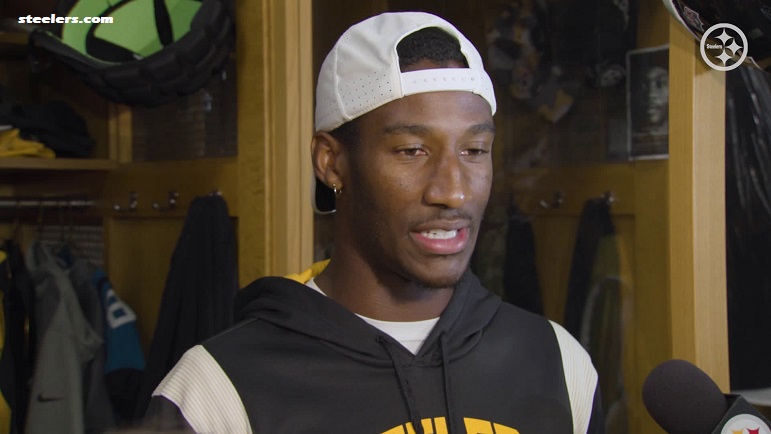 Pittsburgh Steelers cornerback Levi Wallace talked to the media before practice today and singled out defensive back Tre Norwood as a guy who has helped him acclimate to Pittsburgh in his first year with the team.

“It’s been good having Tre Norwood, and he’s one of my closest friends on the team, you know, he kind of took me under his wing,” Wallace said, via a tweet from Steelers Live. “He’s a second-year player, but he’s really taught me the ropes, especially in that dime package, it’s been really fun.”

Levi Wallace talks to the media about continuing to build chemistry in the secondary + more. pic.twitter.com/zEQyFLaZDU

While Norwood is only going into his second year, I think it’s safe to say the Steelers might have found a steal when they took him in the seventh round last year. Not only does it speak to the value of seventh-round picks, but it also speaks to the ability of Pittsburgh’s drafting and development. For Norwood to feel comfortable enough as a second-year guy to mentor a veteran entering his fifth year in the league also says a lot about Pittsburgh’s culture.

To see Norwood emerging as a leader early is promising. I think he’s going to take on an elevate role in the secondary this year, and he had a really good camp. Pittsburgh’s secondary is going to be more of a strength than a weakness despite not getting a lot of love from analysts. They bring back guys who are experienced and have shown the ability to make plays and start in the league in Cam Sutton, Ahkello Witherspoon, Minkah Fitzpatrick and Terrell Edmunds. They added Wallace and Damontae Kazee, two guys who can be playmakers. While Kazee will be more of a rotational safety, Wallace will probably be a day-one starter. Regardless, I think both players will make a pretty big impact on the 2022 Steelers.

Pittsburgh’s defense is going to have to be better than it was last year, mostly in regards to run defense, but the play of the secondary is going to be key. Pittsburgh is facing a lot of talented quarterbacks this year, and they can’t let themselves get carved up. I think this is an improved group from last year, and I think they’ll definitely be able to hold their own. If you have players like Norwood stepping up as leaders this early in their career, I think they’re set up pretty well for the next few years, too.

I’m interested to see how much everyone plays when the regular season kicks off and what the different personnel in all of Pittsburgh’s different defensive looks will entail. Whoever is playing, I think the secondary will be a strong point for the Steelers this year.