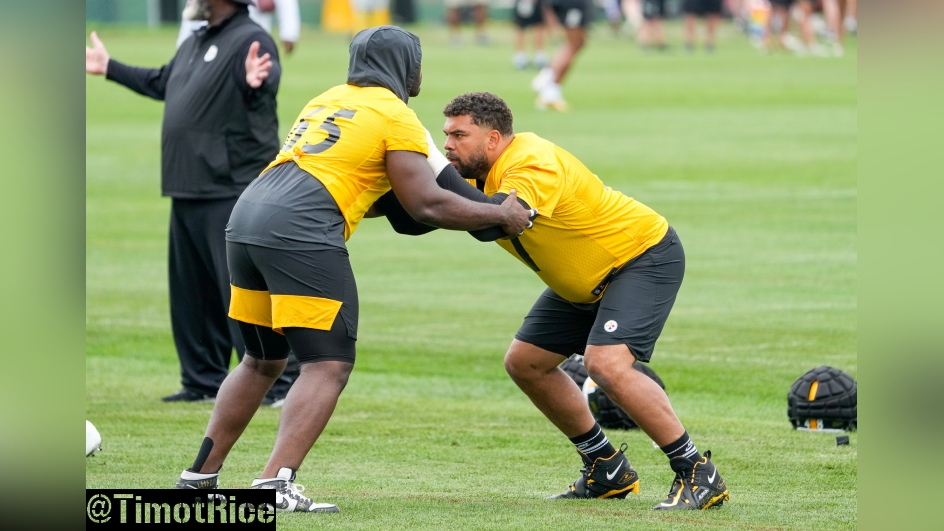 The only reason that Larry Ogunjobi is on the Pittsburgh Steelers’ roster right now is because Stephon Tuitt was not prepared to continue his NFL career. The team, and the players, have not lost sight of that, with defensive line coach Karl Dunbar commenting recently to Joe Rutter of the Pittsburgh Tribune-Review that it was unfortunate the way they got him.

Pittsburgh essentially used the cap savings that it got back with Tuitt retiring to sign Ogunjobi, who actually was only available as a free agent because of a foot injury that he suffered as a member of the Cincinnati Bengals during their postseason run, a failed physical negating a three-year, $40.5 million contract with the Chicago Bears.

Ogunjobi, as well, hasn’t lost sight of the fact that he is here specifically to replace Tuitt, even if not in a one-for-one capacity. Having spent his entire career in the AFC North, he is very familiar with Tuitt, and sees some comparisons in their styles.

“He played the game fast and physical”, he told Rutter of the former Steeler. “He was around the ball and always found a way to make plays. I feel like that fits my nature as well, being able to get up the field and make plays, disrupt the quarterback”.

He added, “I feel like we’re similar in that aspect. I was sad to see him leave, though”.

If you’re reading this, you’re bound to know the background of the story, so I’m not going to go over it for the umpteenth time when you can recite it yourself. But suffice it to say that the front office recognized that Tuitt left big shoes to fill, and Ogunjobi had the biggest feet available…so to speak.

While his statistics did not always bear it out, Tuitt at his best was a legitimately dominant player, every bit as physically gifted as Cameron Heyward. He had his best season of his career in 2020, and his play was greatly missed last year.

In fact, the Steelers got to see first-hand what it was like to play without him all year, prompting them with even greater urgency to fill the void with a player of the caliber of Ogunjobi. He will be asked to do some things differently within the structure of the defense, but the hope is that they can get back to where the group was just a couple of years ago.