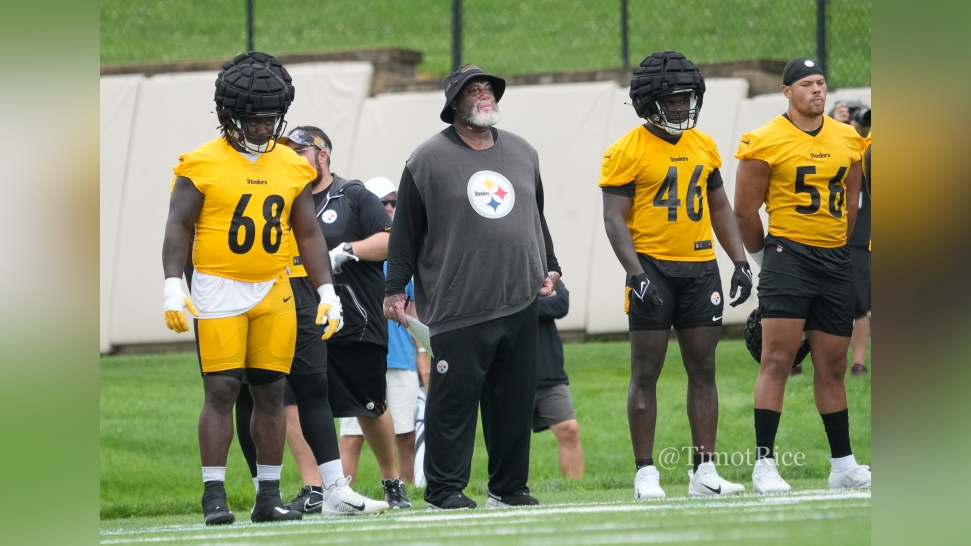 Depth is often one of the most underrated qualities of a championship-caliber roster, because you’re rarely going to make it very far into a season with all of your starters. While it would be going too far to say that you’re only as strong as your weakest link, you certainly can’t have too many of them without it significantly affecting your ability to win games.

The Pittsburgh Steelers are hoping that they are much better insulated along the defensive line this year in comparison to last season, after effectively losing three players by the end of Week 2. Stephon Tuitt never even dressed, and Tyson Alualu was lost in Week 2, but often forgotten was Carlos Davis’ injury in Week 1.

Now Davis, as well as his twin brother Khalil, are fighting just for the hope of potentially making the 53-man roster as an extra, seventh, defensive lineman. With Cameron Heyward, Alualu, Larry Ogunjobi, Chris Wormley, DeMarvin Leal, and perhaps Montravius Adams all secure in their roster spots, they know they have an uphill battle.

Khalil is newer to the Steelers, signed to the practice squad midseason last year, so he is now in his first full year with the team and learning what it’s like in Pittsburgh, including getting coached up by Karl Dunbar, whom he praised in speaking to Ray Fittipaldo recently for the Pittsburgh Post-Gazette.

“To play in this league, your technique has to be better than your talent because everyone has talent at this level”, he told the veteran beat writer. “The thing I appreciate here is Coach Dunbar and how he teaches guys to use their hands. The guys here are so sound with their technique. I knew if I didn’t step up with my technique, I wouldn’t have a shot. I put the pressure on myself to use my hands every day. It’s been paying off, and I appreciate that”.

Khalil, the higher-drafted of the two twins as a sixth-round pick originally taken by the Tampa Bay Buccaneers in 2020, has been flashing some of his athletic ability during training camp thus far. It should be said that there is still plenty of time for roster battles to formulate at this seemingly deep position, and the Davis brothers ought not to be discounted.

A potential arrow in their quiver is their athletic ability for men of their size. Already last preseason, Carlos was seen chasing down kicks as a coverage player, and it’s something the Steelers have made a roster spot for in the past with Henry Mondeaux in 2020.

If one of them can earn their keep on special teams, that would be as good a ticket to the 53-man roster as an extra defensive lineman as any. But having fundamentally sound hand technique to fight offensive linemen in the trenches certainly will not hurt, either.