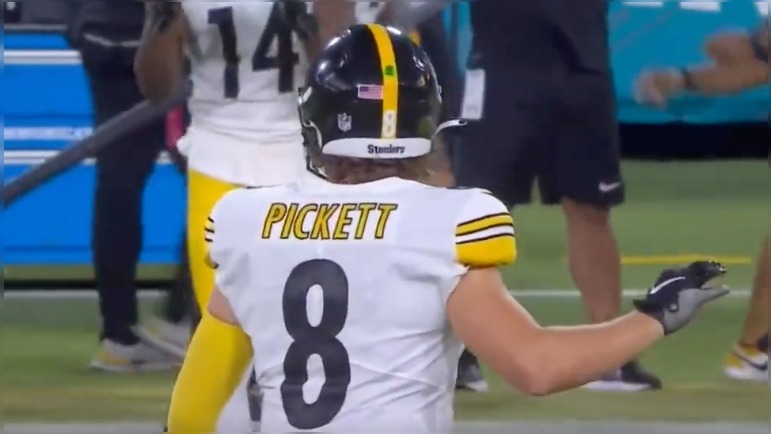 The Pittsburgh Steelers won another thriller Saturday night against the Jaguars in Jacksonville, being the home team by a final score of 16-15. Head coach Mike Tomlin addressed the media following the game, stating his thoughts on the performance of his team and gave the undated injury report.

When asked about Kenny Pickett’s ability to get the job done in the two-minute offense this week against the Jaguars and last week against the Seahawks, Tomlin suggested that this innate ability to come up in the clutch is something that Pickett is to his core.

Pickett had the task of taking Pittsburgh down the field late in the fourth quarter last week against the Seattle Seahawks, leading the two-minute offense methodically through Seattle territory and capped off the drive with a TD pass to WR Tyler Vaughns with three seconds left on the clock.

Tonight, Pickett got the ball with under two minutes left before halftime and completed four of five pass attempts for 63 yards and a TD to RB Benny Snell. His only incompletion was a spike to stop the clock. Pickett threw a TD pass to on the same drive, but had the play negated due to a penalty. Still, Pickett was able to stay poised and get the offense into the end zone before intermission.

Pickett’s ascension in terms of his development the last couple of weeks has been on a fast-climbing trajectory after having a rocky start to camp. He finished the night 6/7 76 yards and a TD, recording a 151.5 passer rating. The week before he went 13/15 for 95 yards at two TDs along with a two-point conversion pass to Connor Heyward.

Simply put, Pickett has shown great poise and calmness to lead the offense down the field in the most crucial moments of the game when the clock is ticking. Tomlin has acknowledged Pickett’s growth prior to the game but says here that this clutch factor he has shown simply is who he is, saying that it’s something that it may be something that he was born with.

Whether Pickett was born with it or had it developed over time in 53 appearances at Pitt and in practice since being drafted by the Steelers, Kenny Pickett has done nothing but shined when the lights were on him the first two preseason games. He has firmly put himself in the driver’s seat for the QB2 job and appears to have a chance to become QB1 in Pittsburgh sooner rather than later if this trend continues.