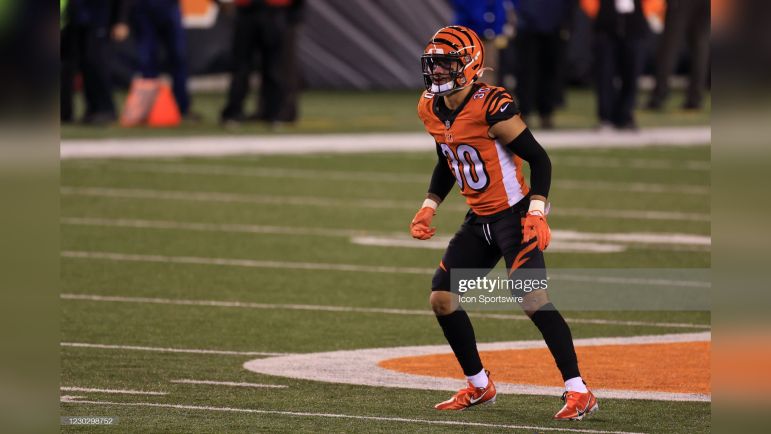 Cincinnati Bengals safety Jessie Bates III has tried and failed for two offseasons to finish a contract extension with the team. Now set to play under the franchise tag in his fifth season, it’s already too late for that until next year. He’s not happy about it, but as of earlier this week, he’s here.

The veteran skipped all of the offseason up to this point before reporting to training camp on Wednesday. Because he was offered a franchise tag and he did not sign it before reporting, he was technically not under contract, and thus under no obligation to participate in team activities, mandatory or otherwise, and so would not have been subject to any fines.

He had, however, reportedly seriously weighed the possibility of sitting out the season, as the Pittsburgh Steelers’ Le’Veon Bell did back in 2018. The difference then, of course, was the fact that Bell already made good money on the franchise tag in 2017, and thus was in better position to sit out.

Whatever happened, Bates decide to report, and he’s all in on the 2022 season and making this version of the team as good as it can be—and also proving to the league that he is at the top of his position, just in time to cash in on the open market.

“It’s a great opportunity to continue to present what I’m about, who I am to this franchise and other teams as well”, he told reporters this past week, via the team’s website. “Like I said, I’m looking at this as an opportunity to prove that I’m one of the best safeties in this league”.

A second-round draft pick out of Wake Forest in 2018, Bates is a four-year starter, missing only two games this past season. He has over 400 tackles and 10 career interceptions. During the Bengals’ postseason run in 2021, he intercepted two passes with six passes defensed.

Despite his consistently strong play, his party and the Bengals front office have for two years now failed to reach an agreement. In April, they used their first-round draft pick on a safety in Dax Hill, whom he has now taken under his wing.

“He gave me words of advice”, the rookie told reporters of his first interactions with the veteran after he reported to training camp on Wednesday. “He’s here to help me out. He’s been loving the way I’ve been playing. He said, ‘Just keep up the good work. You’ve been playing well’”.

Just not ahead of himself. In addition to Bates, the team’s other starting safety, Vonn Bell, is also scheduled to be an unrestricted free agent in March. Will they manage to re-sign either of them? It’s very unlikely to be both. And one will be significantly cheaper. Oh, and they’ll have a franchise quarterback to pay, as well.