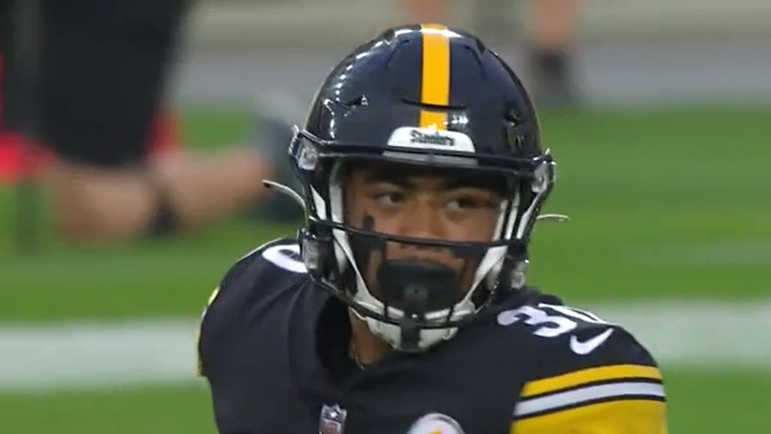 While all of the attention was on the quarterback position tonight—and then on the injured players—the Pittsburgh Steelers still have plenty of decisions to make before assembling their initial 53-man roster, which will be due on Tuesday evening. One of the positions up for discussion is the running back position behind Najee Harris.

The most interesting candidate in that mix throughout training camp and the preseason was undoubtedly Jaylen Warren, the undrafted rookie who, along with Mataeo Durant, were signed right after the 2022 NFL Draft.

Both of them made it all the way through the end of the preseason, but of the two, Warren is the one with a realistic chance of making the team. So what comes next, now that the work is over? “You’re waiting. You’re just patiently waiting”, he told reporters in the locker room after the game, via Chris Adamski of the Pittsburgh Tribune-Review.

Jaylen Warren says he’s waiting to hear about the final cuts if he made the team or not pic.twitter.com/aU7kC6uv4Z

Warren only gained 11 rushing yards on seven attempts tonight against the Detroit Lions, and just three yards on three carries the week before (plus 24 yards on three catches), but he was one of the stars of the first preseason game. He ran for 34 yards on just six attempts in that one, and added 30 receiving yards and a touchdown on four catches.

Beyond that, he has also been a positive as a blocker in pass protection, and has shown well on special teams, often spotted at least near where the tackles are being made. Does he feel like he’s shown enough to make the team?

The first question the Steelers must answer is how many running backs they will keep. The most likely answer is three, but four is not uncommon either—indeed, they did it last year. Two of the three backups from 2021’s roster remain—Benny Snell Jr. and Anthony McFarland Jr.

While Snell had some injury issues to work through in camp, he still appears very much inside the bubble in terms of making the roster, though if Warren makes it, he could compete for playing time. McFarland had a good showing in the first preseason game, and offers some versatility as a return option, but he didn’t do much to better his position in the final two games.

I strongly suspect that Warren will be shedding some happy tears at around 4 PM on Tuesday. He’s done enough to make this team against the competition on the roster that he’s facing, and I’ve consistently had him on my roster predictions since training camp opened. But we won’t know for sure until we get the final word.