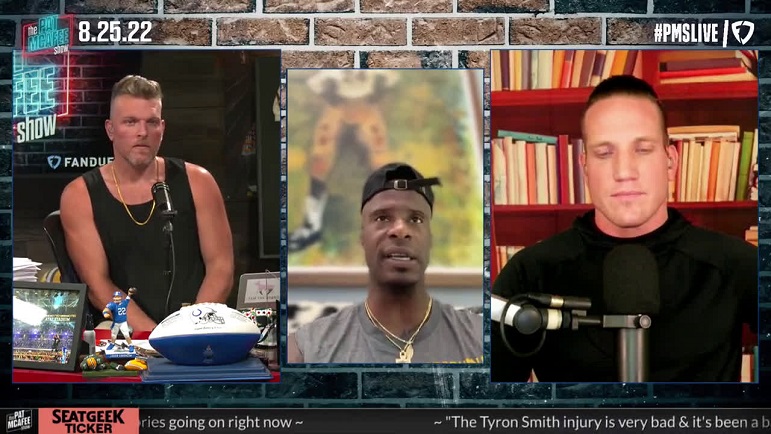 Ike Taylor used to play for the Pittsburgh Steelers. Now he says he’s going to work for them. Taylor joined the Pat McAfee Show Thursday afternoon and announced he’s joining the Steelers’ front office as a scout. Here’s what he said today as tweeted out by McAfee’s show.

"I'm gonna be a scout for the Pittsburgh Steelers" ~@Ike_SwagginU

“I’m going to be working for the Burgh,” Taylor said. “For Six-Burgh. Scouting has always been a dream of mine.”

McAfee followed up and asked if Taylor was being literal or if he was hoping for something to occur in the future.

Taylor was one of Kevin Colbert’s greatest draft gems, an unknown cornerback out of Louisiana Lafayette drafted in the fourth round of the 2003 NFL Draft. Blessed with great speed, Taylor became the team’s top cover corner. Though he was pined for his poor hands and dropped interceptions, Taylor was consistent in coverage and routinely went up against the opposing team’s #1 receiver. He started 140 career games, missing just one contest from 2007 to 2012. Though he never went to the Pro Bowl, he helped the Steelers win two Super Bowls. In our ranking of Colbert’s best draft picks, Taylor came in at #10 and the second-highest Day 3 pick Colbert ever made, only trailing WR Antonio Brown.

Since retiring after the 2015 season, Taylor has remained in public view. He’s held various media jobs and most recently hosts a podcast alongside Mark Bergin. Now, he seems to be transitioning to a front office job with the team.

“I always thought I had an eye for it. Obviously they think I have an eye for it. I just gotta button-up on the grading scale and exactly how the Pittsburgh Steelers now want to do it with the new GM Omar Khan. So yeah man, I’m super excited.”

The Steelers have yet to confirm or announce the move, and Taylor’s name doesn’t appear on the team’s website, though it’s generally slow to reflect recent hires. Taylor’s exact role in the organization also remains unclear. But he was with the team during training camp and during the most recent episode of the team’s web series The Standard, Taylor was spotted in the meeting room with Omar Khan and the rest of the front office. 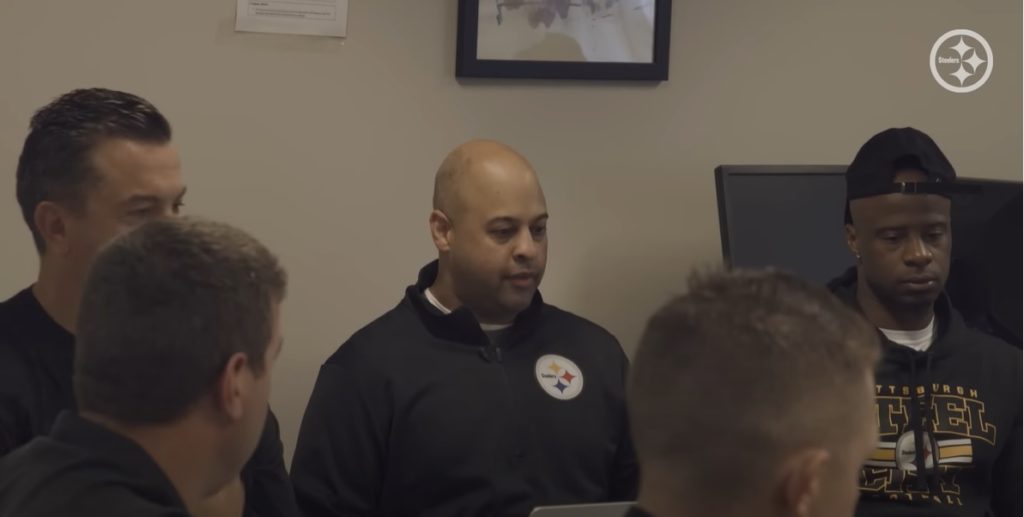 In the video, Khan said he brought Taylor and former DL Aaron Smith, along with current scouts Mark Bruener and Chidi Iwuoma, to speak to the scouting staff and provide insight into how to evaluate from a player’s perspective.

“We had a former player panel…speak to the scouts,” Khan said. “They’ve been part of successful teams. I really wanted them to give us their perspective of what they saw in the locker room.”

Now, according to Taylor, he’s sticking around. Pittsburgh’s scouting department is made up of several ex-Steelers. Bruener is the team’s West area scout while Iwuoma worked as the team’s BLESTO Scout before recently becoming an area scout, covering the South/Southwest.