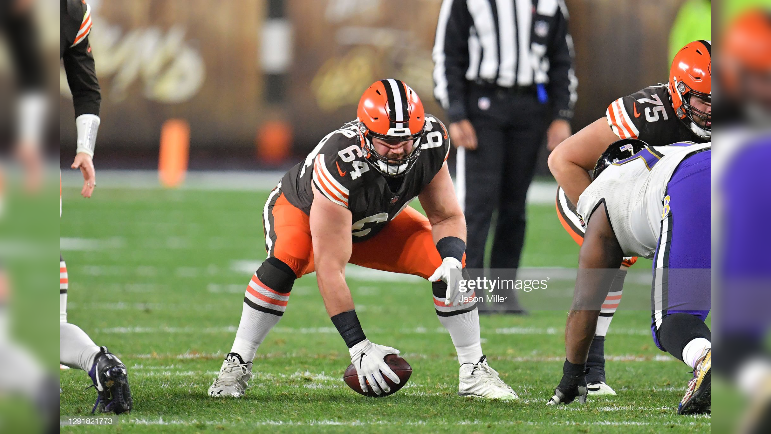 Despite being the popular named bandied about regarding center issues across the league due to poor play or injuries, former Green Bay Packers and Cleveland Browns center JC Tretter announced his retirement Thursday morning, calling it a career after eight seasons in the NFL.

On to the next chapter pic.twitter.com/gDGTlyhZr0

Tretter previously spent the last five seasons in Cleveland, starting all 80 games he played for the Browns before being a surprise cut on March 15 ahead of his final season under contract, which saved the Browns more than $8.235 million in cap space.

Since that decision to cut Tretter, the Browns lost starting center Nick Harris and backup center Dawson Deaton to ACL injuries, leaving a sizable hole on the interior in Cleveland. Throughout the offseason, Tretter remained a free agent, and was even linked to Tampa Bay after the Buccaneers lost center Ryan Jensen for the year due to an ACL injury.

Interested never materialized from the Browns or the Bucs despite injuries, or from other teams across the league that needed help on the interior, which raised some questions from former teammate and current Browns guard Joel Bitonio, who stated to the Cleveland Plain Dealer’s Mary Kay Cabot that it’s a bit suspicious why the former PFF Top 101 player doesn’t have a job in the NFL due to his NFLPA role.

“When you have a guy that’s top-five, top-10 at center in the league and he’s not on a roster, you know, and he’s the NFLPA president and maybe some of the owners don’t appreciate what he brings to the table on certain topics when he’s trying to protect player safety and things of that nature, it seems a little suspicious to me,” Bitonio said, via Mary Kay Cabot of the Cleveland Plain Dealer. “But, again, I don’t know what’s going on behind closed doors. I don’t know what his conversations have been with teams and stuff, but just from an outside perspective usually players that are close to the top of their game get picked up. Teams want to win in this league. So it’s an interesting topic, for sure.”

Is it possible that the NFLPA rep is being blackballed from the league on the field, a la Colin Kaepernick? It’s possible. Just one year ago Tretter was one of the highest-graded centers in the NFL, according to Pro Football Focus. He hadn’t missed a game in Cleveland dating back to the 2017 season, and consistently played at a high level.

Things have become a bit contentious between the NFLPA and the owners in recent seasons in regards to player safety, which Tretter has led the charge on.

On August 13, Tretter publicly lamented the playing surface at Soldier Field for a Bears preseason game.

“The NFL said that this field met minimum testing standards,” Tretter tweeted. “We clearly need to reevaluate what is an acceptable surface for players to compete on. We need new testing metrics looking at the performance and safety of every field. The NFL can and should do better.”

Even in retirement, Tretter won’t be stopping his push for player safety and the betterment of the game. Re-elected for another term as NFLPA president in March, Tretter stated in his retirement letter that he’s doubling down on his work as NFLPA president and is “pushing for more progress on behalf of the great players of our game, past, present, and future.”