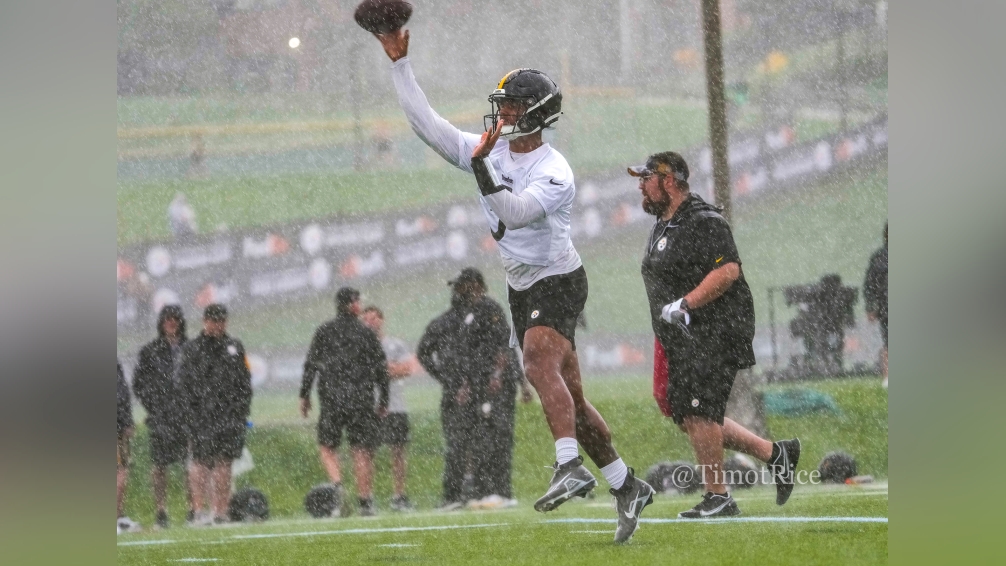 Pittsburgh Steelers head coach Mike Tomlin told reporters during Thursday’s pre-game press conference that the team has “every intention of playing the three quarterbacks”. There are, of course, four quarterbacks on the roster, even if everybody understood him to mean Mitch Trubisky, Mason Rudolph, and rookie Kenny Pickett.

Rookie first-round quarterback Kenny Pickett, that is, as he is not the only rookie quarterback that they drafted. The other would be Chris Oladokun, a seventh-round draft pick, who has been left in the dust, given no opportunity to participate during live team drills as the coaching staff tries to figure out who the starter is.

Not only is he getting no team reps in practice, he shouldn’t expect to see many, or perhaps any at all, during the preseason. It certainly makes you question why the Steelers bothered to use a draft pick on him knowing full well that they would have their hands full with the other three. But Tomlin isn’t about to make any excuses for him.

Asked about Oladokun last week, Tomlin cited Joshua Dobbs as an example for the rookie. “I talked to him a lot about Joshua Dobbs, who was in a similar scenario years ago”, he said. “Didn’t get many opportunities. Stormed on at the finish and made the roster. So he has that as an example if he needs encouragement”.

Of course, the difference is that Dobbs actually played. But the broader point was in what he said earlier, which is essentially that you must always be working to get better regardless of your opportunities, and not wait around for them.

“When you’re quote-unquote in the ‘fourth quarterback’ slot”, he said, “you better be continually working while you wait for your opportunity. This is not a patient man’s business. We’re not going to ask him to be patient. We will ask him to work while he waits”.

It used to be a lot simpler when the Steelers’ first quarterback slot was filled by Ben Roethlisberger, who regularly took essentially a day and a half off a week in terms of practice reps. That really helped out Dobbs back in 2017 and 2018, and gave Devlin Hodges a puncher’s chance in 2019.

Oladokun is not as fortunate, as they are not only trying to determine a starter among three competitors, they’re also breaking two of them in to their team, including a rookie.

But the Steelers must have foreseen this situation for Oladokun when they drafted him. Could they have been planning all along to stash him on the practice squad as a rookie and give him the opportunity to develop quietly, behind the scenes? That wouldn’t be the reason that he’s not getting practice reps, but it could explain why they liked him enough to use a draft pick on him.