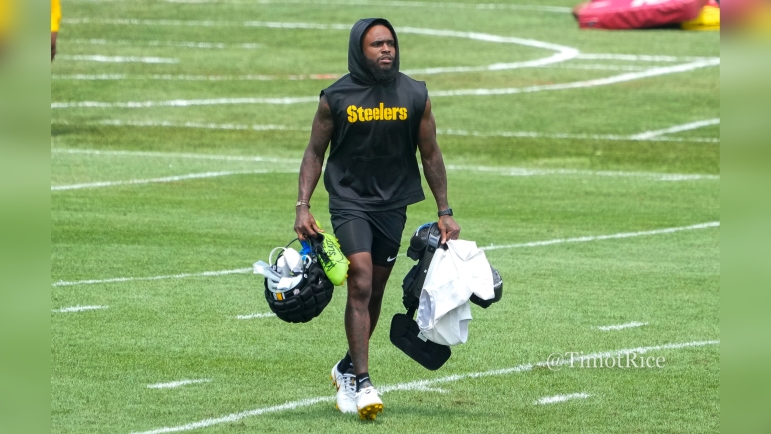 Two weeks after having a lawsuit filed against him seeking tens of thousands of dollars in compensation for admissions reimbursements and a number of other factors, including damage to their reputation by FlexWork Sports Management LLC, Diontae Johnson and his agent, Brad Cicala, have responded to the allegations set forth by the company, calling the claims “false” while classifying the lawsuit as “nothing more than a money grab,” according to a statement posted to twitter by NFL Network Insider Mike Garafolo.

Jason Mackey of the Pittsburgh Post-Gazette reported August 9 that FlexWork filed suit against Johnson on August 2 for his failure to appear at a football camp on May 22 to be hosted in Pittsburgh at Cupples Stadium on the South Side. FlexWork claimed it refunded a total of $36,099.33 in registration fees back to campers and their families. It also claims to have issued that much in credits to those affected, a move it said was designed to mitigate the damage caused by Johnson’s breach of contract, according to reporting from Mackey.

The wide receiver reportedly had his flight cancelled, but Mackey points out that court documents show one of his agents informed the event organizers just 13 minutes before the event was supposed to be open that his client would be late due to this reason. Ultimately, he opted not to wait around for a later flight, and never showed up at all.

Around this time, Johnson was also no-showing for the first portion of the Steelers’ OTA workouts on May 26, shortly after he was supposed to have hosted a camp. He did show up for the second week of OTAs, and remained there.

Statement from #Steelers WR Diontae Johnson’s agent and attorney in response to a recent lawsuit filed against him alleging he failed to appear at a youth football camp. pic.twitter.com/0kp4oM3il0

“The allegations that Diontae Johnson purposefully failed to appear to his scheduled youth football camp are completely false,” according to the statement from Johnson’s agent, Brad Cicala of QC Sports, and Johnson’s attorney Adam Kenner. “What Flexworks conveniently leaves out of this story are the countless breaches of the arrangement with Mr. Johnson, including the failure to facilitate his timely arrival.”

At the camp on May 22, boys and girls aged 6 through 16 were put through drills and received instruction from FlexWork coaches and volunteers. The biggest draw of all though was supposed to be Johnson. There were upgraded packages available ranging from $99.99 to $249.99, which included one in which campers could get a team photo with the Steelers’ star wide receiver, as well as an autograph.

That didn’t happen, and now FlexWorks is seeking a financial return through the court system. Based on the statement from Johnson’s agent and attorney, the Steelers’ fourth-year receiver appears to be gearing up to fight the lawsuit.

“FlexWorks frivolous lawsuit is nothing more than a money grab with unfounded expenses and charges. This reality is supported by the company’s denial to accept Mr. Johnson’s proposal to offer a makeup camp,” the statement reads. “Instead, FlexWorks chose to file a petty lawsuit in yet another attempt of a company seeking “go-away” money from a professional athlete.

“Mr. Johnson’s only “guilt” in this matter is trusting FlexWorks to meet Mr. Johnson’s high operational standards while mirroring his passion for promoting football to young people in the community.”

Johnson did reportedly offer to host a makeup camp between minicamp and training camp, but that did not happen.