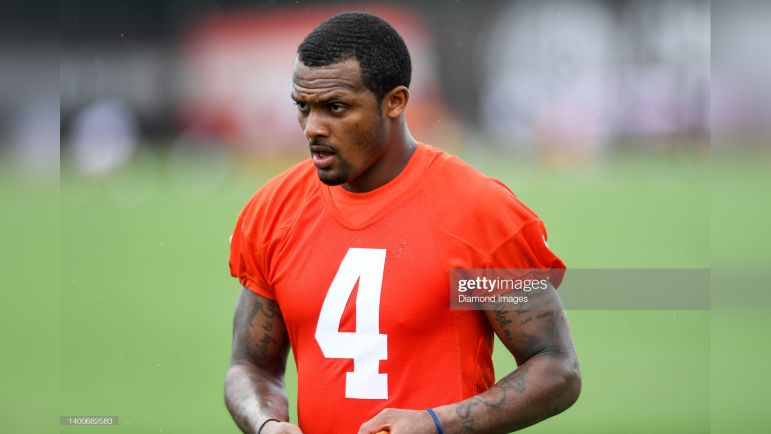 After months of speculation regarding a potential league punishment after he was accused of sexual assault by 24 women, Cleveland Browns quarterback Deshaun Watson was handed a six-game suspension Monday morning by independent artiber and former judge Sue L. Robinson, according to multiple reports.

Watson’s hearing wrapped up earlier this month with each side, the NFLPA and the league, submitting their briefs on July 11th. Since, the football world has been waiting for a decision. Though Robinson handed down a six-game suspension Monday morning, NFL Commissioner Roger Goodell has the ability to change the suspension to make it harsher or lighter, as the NFL has the right to appeal Robinson’s decision. The NFLPA announced Sunday night that they wouldn’t appeal Robinson’s decision.

No additional fine for Deshaun Watson, per source. https://t.co/jBktmH3LoS

Watson has been accused of sexual assault and harassment by more than two dozen massage therapists. Watson has denied all allegations. Cleveland traded for him earlier in the offseason while giving him a fully-guaranteed $230 million deal.

The Browns play the Steelers Week 3 and Week 18, meaning Watson will miss at least the early-season matchup, forcing the Browns to turn to Jacoby Brissett to presumably start the season.

Tony Buzbee, who has represented the original 24 women who filed lawsuits against #Browns QB Deshaun Watson, issued a statement this morning regarding the settlement of three of the final four cases. There remains one suit active against Watson. pic.twitter.com/oc8ThtImzz