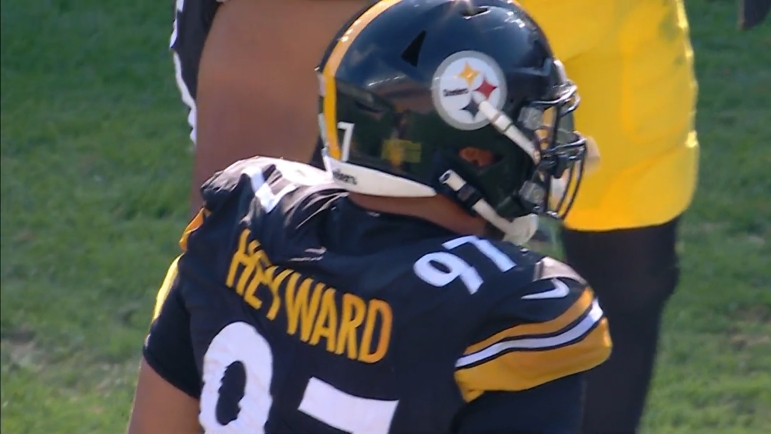 The Pittsburgh Steelers suffered multiple injuries to some of their key starters during Sunday night’s preseason finale against the Detroit Lions, with Diontae Johnson injuring a shoulder in the process of completing a deep reception, and T.J. Watt having tight end T.J. Hockenson going at his knee with a cut block.

In spite of these injuries—particularly the latter—head coach Mike Tomlin did not change his approach to playing time, indeed, leaving his starters in the game through the first half, as he had planned. That included Cameron Heyward seeing his first and only playing time of the preseason, for which he was thankful.

“I was all for it”, he told reporters after the game about the amount of work he and other starters saw. “Preseason, I don’t get a lot of reps, but the reps I do get, I want to make the most out of, and going into this last game, I know everybody played the game before so I really just wanted to be out there, and Coach let me play a half and I was excited for it”.

Heyward himself was returning from injury, and indeed may have even played the week prior had he not been injured, suffering a minor injury during training camp. The injury was initially believed to have been potentially more serious, but obviously proved to be quite minor.

The injuries suffered by Johnson and Watt have also been classified as minor by Tomlin, and there doesn’t appear to be any current concerns about their status for the first game of the regular season. Damontae Kazee, on the other hand, suffered a serious wrist injury that jeopardizes the rest of his season.

Injuries are always a risk whenever you step onto the football field, of course, and it always looks like a worse decision when a player actually gets injured. But you never plan on injuries. The argument could certainly be made that Tomlin did not manage the workload wisely, but at the same time—players have to play at some point.

Or do they? That’s an ongoing debate. Do star players with a lot of experience need any preseason playing time at all? Well, they might not need it personally, but what about the new teammates around them? New adjustments in the scheme?

I don’t have a great answer for these sorts of questions, and I tend not to have a strong opinion on playing time one way or another when it comes to preseason preparation, barring extremes. I do, however, have strong opinions about how playing rules governing preseason games should be modified in the name of player safety in comparison to regular season rules.