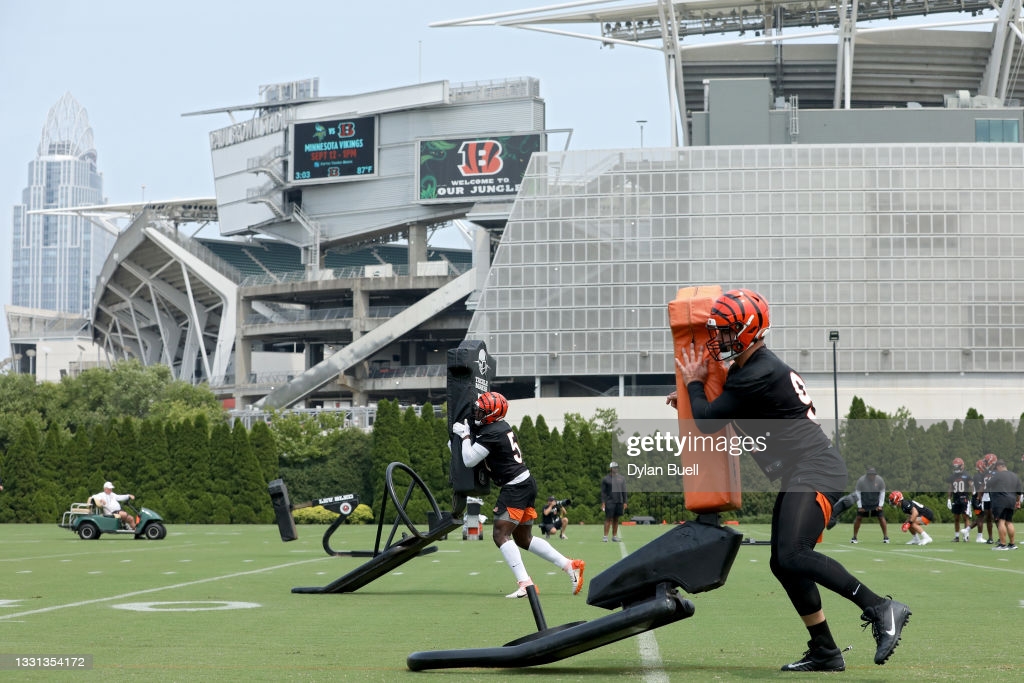 Two months after the Pittsburgh Steelers announced the naming rights for Acrisure Stadium, the Cincinnati Bengals followed suit Tuesday, announcing that they’ve entered into a partnership with Paycor to rename Paul Brown Stadium.

The Bengals did not release the financial terms of the deal in the announcement, but it will run for 16 years, extending well beyond the June 2026 expiration of the current stadium lease, according to reporting from The Athletic’s Jay Morrison. Paycor Stadium will take effect Friday for the Bengals’ first preseason game against the Arizona Cardinals.

The home of the Cincinnati Bengals no longer is Paul Brown Stadium and now will be called Paycor Stadium.

Though the Paul Brown name will be coming off the stadium for the Bengals, the name will remain present around the Bengals’ facility and within the franchise’s history, according to reporting from Morrison.

This day in @Bengals history…the first post from Paycor Stadium! Two hometown teams are excited to take Cincinnati to the next level. Can we get a Who Dey!? pic.twitter.com/tAN3KPNlvA

Paycor, which was founded in 1990, is a locally owned company that provides cloud-based payroll, human resources, time-keeping and onboarding software to small- and medium-sized businesses, according to its official website.

“Through a strategic partnership with our hometown team, the Cincinnati Bengals, we are beyond thrilled to introduce Paycor Stadium to the world,” Paycor CEO Raul Villar Jr., who took the company public in July 2021, said in a statement announcing the partnership. “As Paycor continues to grow and reach customers throughout the U.S., our mission of empowering leaders to build winning teams perfectly aligns with the defending AFC champions. As longtime fans, this is a big point of employee pride, and we are honored to support our local team and build on the legacy of Paul Brown.”

The Pittsburgh Steelers will take part in the first-ever regular season game at Paycor Stadium on Sept. 11, 2022 in the season-opener between the two AFC North opponents at 1 p.m.