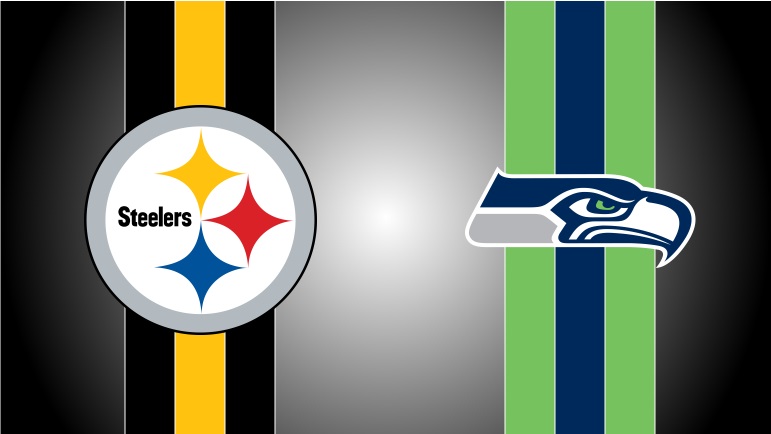 The Pittsburgh Steelers will play the Seattle Seahawks in their 2022 preseason opener on Saturday night at Acrisure Stadium, and that contest will kickstart their exhibition slate. While there will understandably be a lot of eyes on the Steelers 2022 draft picks and other rookies that will play Saturday night against the Seahawks, I wanted to highlight eight non-rookie players I feel need to be watched very closely in the first preseason contest of 2022 as well.

QB Mitch Trubisky – The Steelers signed Trubisky early in free agency and as the team enters their first preseason game it seems as though the former first round draft pick of the Chicago Bears is currently the favorite to open the 2022 regular season as the starter. Trubisky is slated to start Saturday night against the Seahawks, but he might not have two starting wide receivers to throw to in Diontae Johnson and Chase Claypool as both have missed recent training camp practices due to injuries. Regardless, Trubisky should be able to play behind an experienced offensive line group Saturday night. You can bet Trubisky’s Saturday night showing will be highly scrutinized following a start of training camp that has included highs mixed with lows. Trubisky played less than 35 offensive snaps last season with the Buffalo Bills so his Saturday night performance should be fun to watch even with it being a preseason game.

G Kendrick Green – After a disastrous rookie season at center for the Steelers, Green has now been moved to left guard, the position he primarily played in college at Illinois. He should start Saturday night with fellow left guard Kevin Dotson unlikely to play due to an ankle injury. Green, a third-round draft pick in 2021, spent quite a bit of time on the ground last season as a rookie so that’s one area of his game that needs watching Saturday night. If he wants to stake a serious claim of possibly being the Steelers starting left guard to open the 2022 regular season, it will behoove him to have a strong showing Saturday night against the Seahawks.

RB Anthony McFarland Jr. – With two NFL seasons now in the books for McFarland, a former fourth round draft, he has managed just 43 total touches on offense in just 108 total offensive snaps played in regular season action. This summer is a big one for McFarland and there’s no guarantee that it ends with him making the Week 1 53-man roster. McFarland started the 2021 season on the Steelers’ Reserve/Injured list with a knee injury and it wasn’t until October 31 when he saw his first game action. He also missed several other games last season on the COVID-19 list. While the Steelers did not draft another running back this year, they did add two in undrafted free agents in Mataeo Durant and Jaylen Warren. Outside of being a kickoff returner, McFarland doesn’t offer very much in the way of special teams play, outside of possibly being an emergency returner, so that’s another strike against him. In closing, McFarland needs to have a great preseason and that starts Saturday night. McFarland might even start Saturday night.

WR/RET Gunner Olszewski – The Steelers signed Olszewski, a former undrafted free agent, to a two-year, $4.2 million contract back in March. In his three previous NFL seasons with the New England Patriots, Olszewski returned 66 punts for 834 yards and a touchdown. He also has returned 36 total kickoffs to date in the NFL for 834 yards. Beefing up Olszewski’s resume is the fact that he had 10 career special teams tackles in the NFL to date with seven of those coming during the 2021 season. Olszewski, while listed as a wide receiver, has all of nine receptions for 127 yards and a touchdown in his first three NFL seasons. Olszewski’s resume to date obviously screams a returner role with the Steelers first and foremost and that’s his primary path to the 53-man roster. How he develops as a wide receiver this summer will also be interesting to watch as he has not played that position much at the NFL level. 253 offensive snaps to date with just nine receptions speaks volumes. He should get playing time Saturday night at wide receiver and possibly even in the slot.

ILB Devin Bush – The Steelers’ former first round draft pick enters the 2022 preseason with several questions about him following an uninspiring 2021 season. Bush is now way past his 2020 knee injury so that can no longer be used as an excuse. Bush is fighting to remain a starter this summer and it sounds like veteran inside linebacker Robert Spillane is pushing him hard in training camp for that job. Bush figures to start Saturday night and he needs to stick out in this first preseason contest. He needs to show aggressiveness in taking on blocks and getting off them. He also needs to show improvement in his coverage play. The Steelers did not pick up Bush’s fifth-year option this past offseason and that speaks volumes. Bush figures to play quite a bit in the first half against the Seahawks due to the team entering the game with short lines at the inside linebacker position. We need to be talking positive about his play on Sunday.

DE Isaiahh Loudermilk – The Steelers’ fifth round selection in the 2021 NFL Draft out of Wisconsin played in 15 regular season games as a rookie in addition to the lone playoff contest. Mainly due to injuries suffered on the Steelers’ defensive line in 2021, Loudermilk logged a total of 288 regular season defensive snaps with 43 more snaps coming on special teams. He finished his rookie season with 23 total tackles, one sack, and three passes defensed. The main thing that stuck out about Loudermilk’s play in 2021 was his run defense as that definitely improved as his rookie season wore on. As a pass rusher, however, Loudermilk’s play during his rookie season left a lot to be desired. Loudermilk needs to continue to improve as a run blocker this summer and make a big leap as a pass rusher as he figures to be a key rotational piece in 2022. He is one of several players that the Steelers need to get a big second season jump from in 2022. Loudermilk might start Saturday night and if he does, that will provide a great test for him.

S Damontae Kazee – The Steelers signed the veteran Kazee on the cheap this offseason and with training camp winding down, it seems as though he’s positioned to make the 53-man roster. Kazee might start Saturday night at free safety should Minkah Fitzpatrick be held out of the contest, and he also might be asked to play some strong safety as well against the Seahawks. With all the buzz being centered around the other free agent additions made by the Steelers during the offseason, Kazee seems to be a forgotten man. It would be nice to see him remind everyone that he was also a key add for the defense during preseason play. Having a strong versatile safety backup on defense is something that the Steelers haven’t had for quite a while. Keep a close eye on him Saturday night against the Seahawks.

ILB Buddy Johnson – Due to the lack of Johnson’s overall playing time in 2021, we still don’t know much more about the young inside linebacker than we did right after he was selected in the fourth round of the 2021 NFL Draft out of Texas A&M. Johnson spend most of his rookie season on the team’s weekly inactive list. While he did see playing time in four regular season games in 2021, Johnson was mainly used on special teams and to the tune of 59 total snaps. He only managed six total defensive snaps played for the Steelers as a rookie. A foot injury resulted in Johnson missing the final four regular season games and he was placed on the Reserve/Injured list for the playoff week. Saturday night in the preseason opener against the Seahawks, Johnson figures to get quite a bit of playing time and possibly alongside rookie inside linebacker Mark Robinson. That duo might even play the entire second half of the contest as well. Johnson will likely see early burn on special teams Saturday night so that’s something else to be on the lookout for. The Steelers are likely to keep five inside linebackers on their 53-man roster to start the 2022 regular season and Johnson is certainly in the running to be the fourth or fifth. It would be great to see him make a few impactful plays Saturday night both on special teams and on defense.