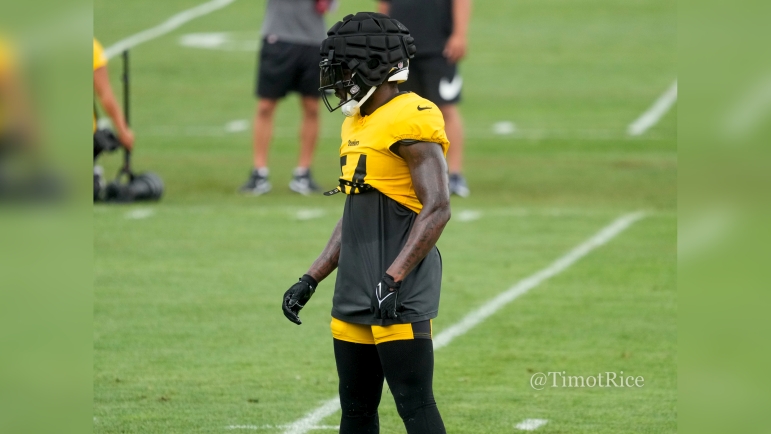 Reasoning: The fourth-year veteran inside linebacker was waived yesterday with an injury designation after suffering some type of lower body injury in practice last week. Because he was waived with an injury designation, he will revert to the Steelers’ practice squad should he clear waivers, but the fact that they were willing to part with him suggests that they didn’t count on him making the team.

The Steelers arguably carried too many inside linebackers last season as it was, going heavy at the position with six, when even five is sometimes more than enough. Perhaps realizing that they can’t keep everybody there, the Steelers addressed the depth at outside linebacker with a waiver claim while waiving Ulysees Gilbert III after the fourth-year veteran suffered an injury.

Even with Gilbert gone, the inside linebacker room is still full, represented by Myles Jack, Devin Bush, Robert Spillane, Buddy Johnson, Mark Robinson, and Marcus Allen. Johnson was a fourth-round draft pick a year ago, Robinson a seventh-round rookie, and both have flashed some potential thus far in camp, even in coverage.

Himself a sixth-round pick out of Akron, Gilbert was actually an early fan favorite after he had a very good rookie preseason a few years back. That season, he became a mainstay on special teams, and due to his athleticism, many hoped that he could develop into a regular on defense, as well.

In part surely due to health—he spent three separate stints on the Reserve/Injured List his first two seasons due to back injuries—he struggled to live up to that early hype, and has relied primarily on his special teams contributions to remain rostered. He returned a blocked punt for a touchdown in the opener in 2021.

It’s all but assured that Gilbert will clear waivers, which means he will revert to the Steelers’ practice squad. But it also means that he can’t play this season unless he is released following an injury settlement. The fact that they were willing to waive him rather than wait for him to get healthy indicates that the injury is a lot more serious than it seemed, or they weren’t counting on him being a member of the 53-man roster amid the depth that they have at inside linebacker. Because even without him, they still arguably have one too many.