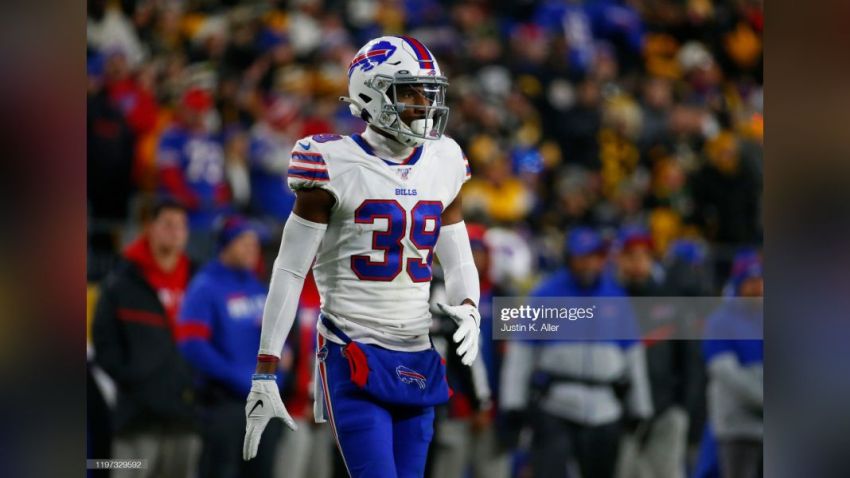 On Thursday morning, Steelers CB Levi Wallace jumped on NFL Network’s Good Morning Football to talk to the show host about various topics including possibly having the best defense in the league in 2022, replacing Joe Haden in the secondary, and more.

When asked by Shaun O’Hara about his relationship with Mitch Trubisky and who he would most want to intercept a pass from of the options the team has at QB once training camp gets underway, Wallace kept it real with his response.

“I think since being there with Kenny Pickett, he’s just a great arm talent and you can just see the potential that he has,” Wallace responded to O’Hara on GMFB. “Obviously, I said the reason I went to Pittsburgh was because of Mitch, and so I’m excited to face them both and I can’t wait to pick both of them off and just put them through that fire. I know we’re going to need it when it comes to the hard games. I mean, those two guys you can tell how good they are and how well they can lead. Even Mason Rudolph is a great quarterback as well.”

Wallace decided not to tip his hand one way or the other in terms of which QB he would rather pick off and praised all of Pittsburgh’s potential starting options for the upcoming season. While Kenny Pickett has been knocked for having only limited arm strength during the pre-draft process, he has enough of an arm to make most NFL throws and has also showcased impressive moments in terms of throwing on the run and off-platform down the field. Given the fact that he is only a rookie, it’s only right for Wallace to commend him for his work thus far and recognize what more could be coming as he develops.

As Wallace pointed out in his quote, he and Mitch Trubisky share a history together, having been both on the Bills last season. Despite being the backup behind Josh Allen, many in the Bills organization sang Trubisky’s praises for being a quality teammate and for his development last season behind the scenes. He will have to show that time riding the bench was worth it now as the projected starter for Pittsburgh once the regular season begins, but Wallace seems to have some confidence that Trubisky can be a capable starter if he indeed decided to sign with Pittsburgh because Trubisky did as well.

Wallace even took a moment to recognize Mason Rudolph as “a great quarterback”. Often the odd man out due to being the incumbent that Steelers fans know the most about, Rudolph still can’t be counted out in this three-man competition for the starting QB job in Pittsburgh this summer.

Regardless of who the starter ends up being, Wallace looks forward to the opportunity to challenge all of them in hopes of having iron sharpen iron.

“I can’t wait to compete against those guys and give them hell this training camp.”