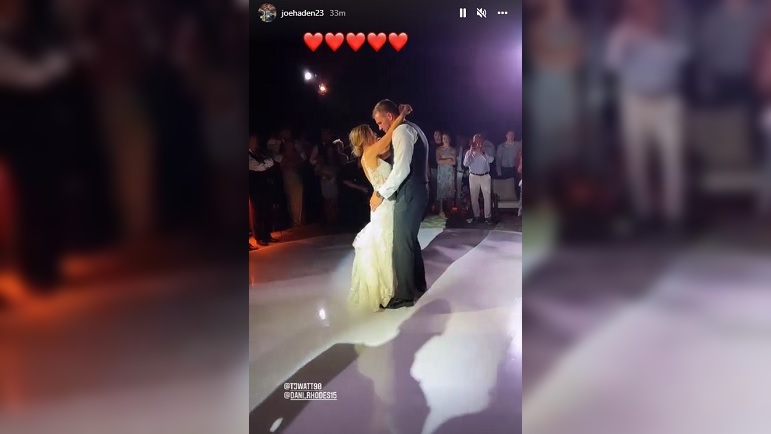 Now, call him a husband.

It’s especially nice to see Haden, who remains a free agent and appears highly unlikely to return to the team. Where his next NFL stop will be – if there even is one – remains a mystery.

During the reception, Haden posted clips of the Watt’s first dance.

Wife Dani is a well-accomplished athlete in her own right. After playing soccer at Wisconsin, she’s spent time playing for the Chicago Red Stars and Icelandic squad Þróttur Reykjavík (also known as Throttur, which seems a little easier to say).

Watt isn’t the only Steelers’ pass rusher to get married this offseason. Alex Highsmith did the same just a few weeks ago. Once the regular season rolls around, the pair will look to become one of the league’s top pass rushing duos. Watt tied the single-season sack record of 22.5 a year ago while Highsmith ended the year on a high note, four sacks over his final four games, including the Wild Card loss. A strong pass rush and improved run defense will be key factors in determining the team’s success.

Watt now has his wedding ring. All that’s left to do is add a Super Bowl ring.