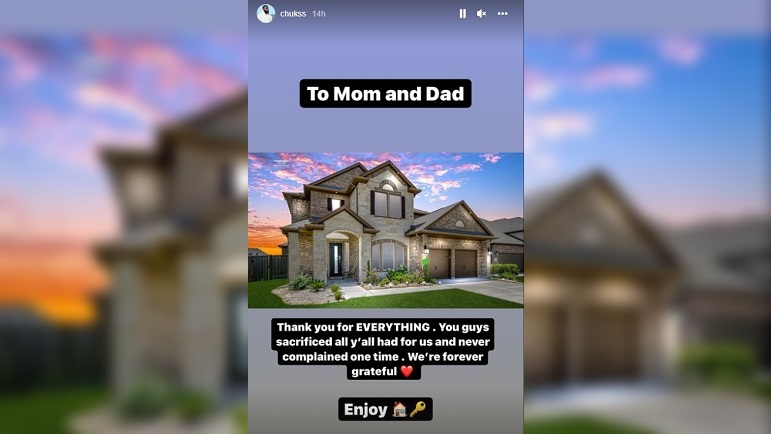 Do you like feel-good stories? If so, you should love this one concerning Pittsburgh Steelers tackle Chukwuma Okorafor.

According to a Thursday morning Instagram post by Okorafor, the Steelers starting right tackle revealed that he has purchased a new home for his parents.

“Thank you for EVERYTHING. You guys sacrificed all y’all had for us and never complained one time. We’re forever grateful,” Okorafor captioned the picture with.

Okorafor said after he was selected by the Steelers in the third round of the 2018 NFL Draft that he was born in Nigeria and raised for part of his life in Botswana. He revealed that his family immigrated to the United States in 2010, settling in the Detroit, Michigan area. He indicated at the time that it was a chance for a better life for them, a better job for his father, and a shot at the American Dream.

“My mom and dad cared way more about schooling than football,” Okorafor said. “It was all about academics.”

It goes without saying that Okorafor really has achieved the American Dream at this point as this past offseason the Western Michigan product signed a three-year, $29.25 million contract after playing out his rookie deal. As part of his new deal, Okorafor received a $9.25 million signing bonus and that means he will earn $10.5 million in total in 2022. Up until signing that new contract, Okorafor had earned $4,845,364.

Okorafor’s path to the NFL is quite an interesting story. He’s now on another path and that’s being able to play out his second contract. Okorafor won’t turn 25 until next month and that means he still won’t be 30 years of age the next time he’s scheduled to become an unrestricted free agent again. A solid run as a starting tackle the next three years could result in Okorafor taking the American Dream concept to an even bigger level.

It’s hard to not root for Okorafor as he his grounded and carries himself very well.