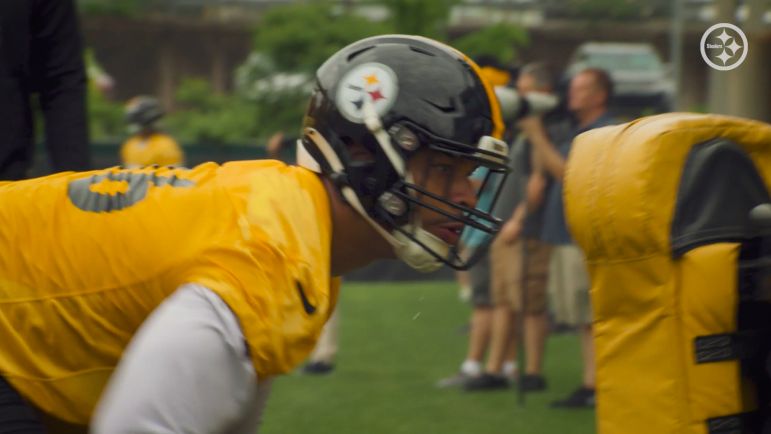 The Pittsburgh Steelers have placed DL Daniel Archibong on the reserve/retired list, according to the NFL transactions sheet Monday.

Archibong saw limited playing time for the Steelers last season, called up to the 53 and given a helmet as several injuries struck the team’s defensive line. He appeared in two games, logging 13 total snaps and recording two tackles, both coming in a loss to the Los Angeles Chargers. He signed a futures deal with the team in the offseason and also changed numbers, #61 to #96. Newly-signed center Mason Cole took #61.

Archibong’s NFL career began with Chicago, signing with them as an undrafted free agent in 2021. He played his college ball at Temple, recording 21 tackles and two sacks as a senior for the Owls. He finished his college career with ten tackles for a loss and 5.5 sacks.

With the move, the team now has an open spot on its 90-man roster. It’s logical they fill it with another defensive lineman, but they’ve added depth this summer in drafting DeMarvin Leal and signing Larry Ogunjobi. Tyson Alualu will also return healthy after missing most of 2021. But the team has at least one more move to make before reporting for camp.

He’s now the third Steeler to retire, joining Ben Roethlisberger and Stephon Tuitt, though Roethlisberger was technically becoming a free agent and did not need to be placed on the Reserve/Retired list.